A very special happy birthday to my darling blend Kaitlin of For Love of Carrots! I will be visiting her this weekend so we can celebrate in person and I just can’t wait!

I’m glad I’m not the only one who finds it helpful to focus on goals that don’t have to do with food/fitness! Though I have to admit I was a bit of a fail with some of my goals the day I set them – blah.

No need to keep being all mysterious, I’ll expand on the whole cooking at home thing. Last night my dad and I ate a soup that I prepared for us on Sunday, and I’m proud to say it was a hit! Another bro-friendly recipe that is actually pretty healthy. So in honor of Jenn’s weekly WIAW party, I’m going to share the recipe. My second-ever original recipe contains, like my first one did, a Pacific Foods product! I’m still making great use of goodies they’ve sent me (full disclosure: free of charge – but this isn’t a sponsored post and they didn’t ask me to make this recipe). 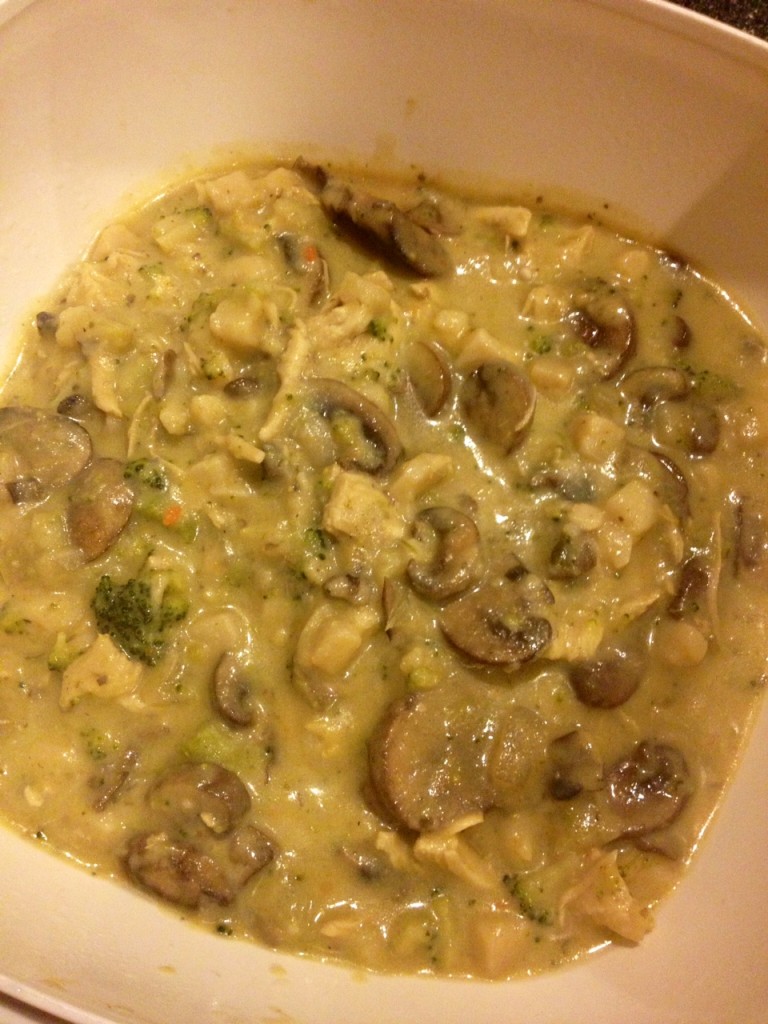 This may look terribly ugly but trust me, it tasted delicious.

The amounts of some of these ingredients are a bit ball-park, and of course the directions don’t have to be followed in exact order. This recipe is meant to be a guideline, kinda like the Pirate’s Code! The Pacific Foods Chowder was not nearly as thick as I’d expected it to be, so my soup was a bit watery. That’s why I added the Broccoli Cheese Soup (found it in my pantry!), which did the trick and thickened it right up. Plus you can’t go wrong with some added cheddar flavor! 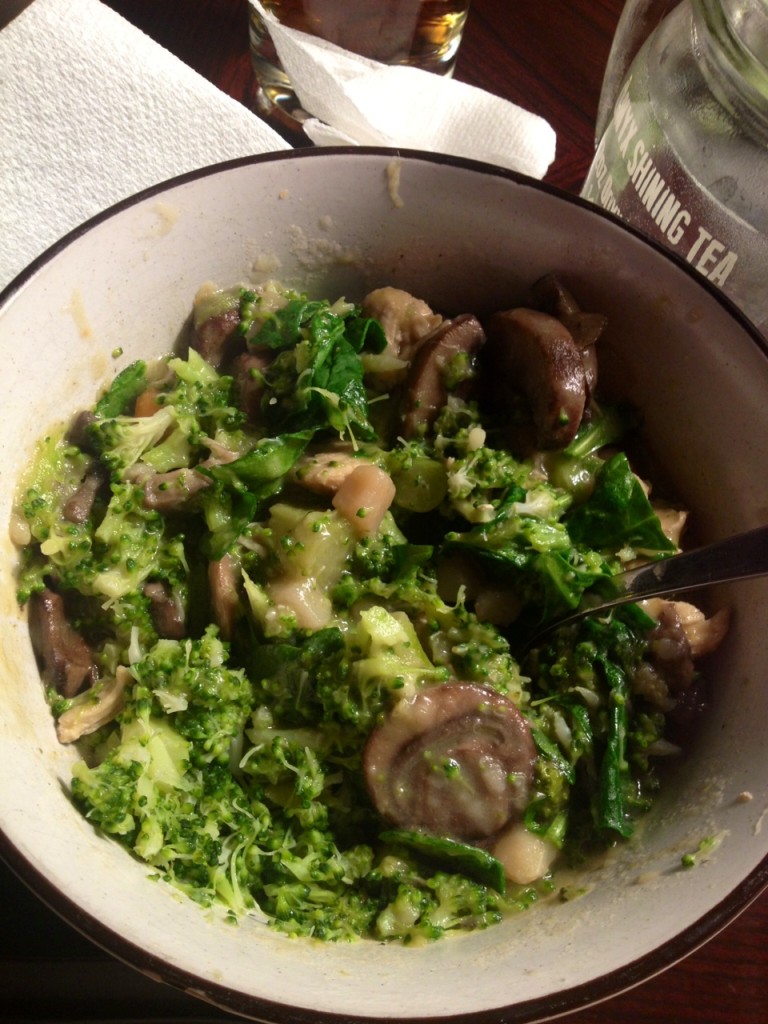 I had two helpings served over a bed of MORE broc, plus some chopped spinach!

What’s your favorite type of soup?

Do you ever improvise in the kitchen when a recipe doesn’t go as you’d imagined?

Do you like to enjoy your soup with other food, or solo?