MIMM: Worn Out But Worth It

I am exhausted, despite the fact that I went to sleep at 9:15PM and got to sleep til almost 8 this morning. But the reason I’m worn out is because of a weekend which included some going out of my box, and it was well worth it. Let’s get the Marvelous In My Monday party started so that I can remember that fact.

Will you too be joining Katie’s marvelous link-up?

Marvelous is…trying a new restaurant for a baby shower on Friday. I went to spin in the morning so I was able to join my co-workers after work for drinks and dinner, which is not something I’m usually able to do with my preference for evening gym sessions. I was of course in charge of picking the place and I ended up choosing nearby Cracker Barrel Pub in Tariffville, because they just re-did the menu and new manager and head chef Hazen is someone I’ve worked with before. Clearly he knows me because he sent out crispy baby cabbages for the table – what a nice surprise! (If anyone is interested in trying Cracker Barrel’s new menu, there is a Groupon out right now!)

He also sent out fried mozzarella, and we ordered a bunch of food to share including the house-made veggie burger which was awesome. I ended up building my dinner out of all that food and drove home feeling pretty nervous about it and guilty about the fried stuff. At least I had some fun memories to remind me of the friends I got to spend time with – and my co-worker’s adorable son Charlie!

Char Char! Or as I call him, Charizard.

My co-worker Ashley – she’s due at the end of February!

Marvelous is…a $6 hand polish change. Sera Nails of Glastonbury, CT is under new management and offering 30% off ALL services through 2/28. Though I love my Ceci’s, you’ll find me at Sera until March. They did a good job too, though I realized while Instagramming my new nails that the hot pink and blue-green looked very Christmas. Oops.

OPI Do You Think I’m Tex-y (pink) and Cuckoo For This Color (blue-green).

Marvelous is…celebrating Kaitlin‘s birthday with her in the 203. I slept terribly on Friday night – lots of anxiety and self doubt still going on over here – and once I explained that to Kaitlin, she offered me her couch and cuddle-time with her dog Brady if I ended up deciding not to go out with our group after dinner during my Saturday night visit. But I’d been planning this trip to Fairfield to go out on her birthday weekend for awhile, and was determined to make a real effort for my good friend. I didn’t want to let worries about the calories in alcoholic beverages or my dinner hold me back from spending time with someone who means a lot to me. So I made sure to get in a good workout Saturday morning, but not too intense that I’d wear myself out. I drank some extra coffee, relaxed at the nail salon (see above), and packed an outfit I’d be comfortable in.

Thanks Kaitlin for doing my hair!

And it worked out well! Kaitlin took me to her beloved Baro for dinner, where we met up with some other lovely ladies. My blend was NOT lying about those effing delicious yucca (AKA gluten-free) rolls. We shared a bunch of small plates and it was the perfect way to try as many dishes as possible though I’d be back in a hot second to try more!

I’m not even that into guac but this was awesome and loved the plantains for dipping, as opposed to chips.

I went outside my whiskey/bourbon box and ordered a pisco-based beverage, the Cock-On-The-Rock (try ordering it without giggling…our waiter said that few people can).

Marvelous is…seeing an old friend in SoNo. That was our post-dinner bar destination so my good college friend Prasant came out to meet up with me at our first stop, The Ginger Man. He lives in the area and I was happy that we were able to take advantage of being in the same town. It had been well over a year, maybe even two, since we’d seen each other! 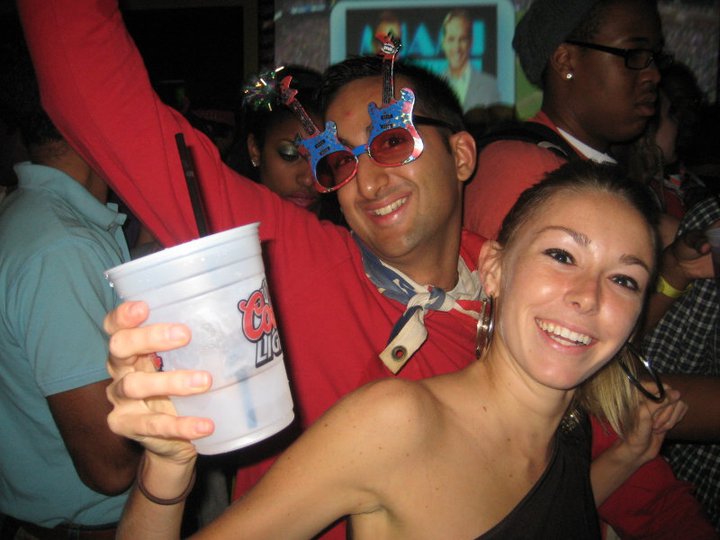 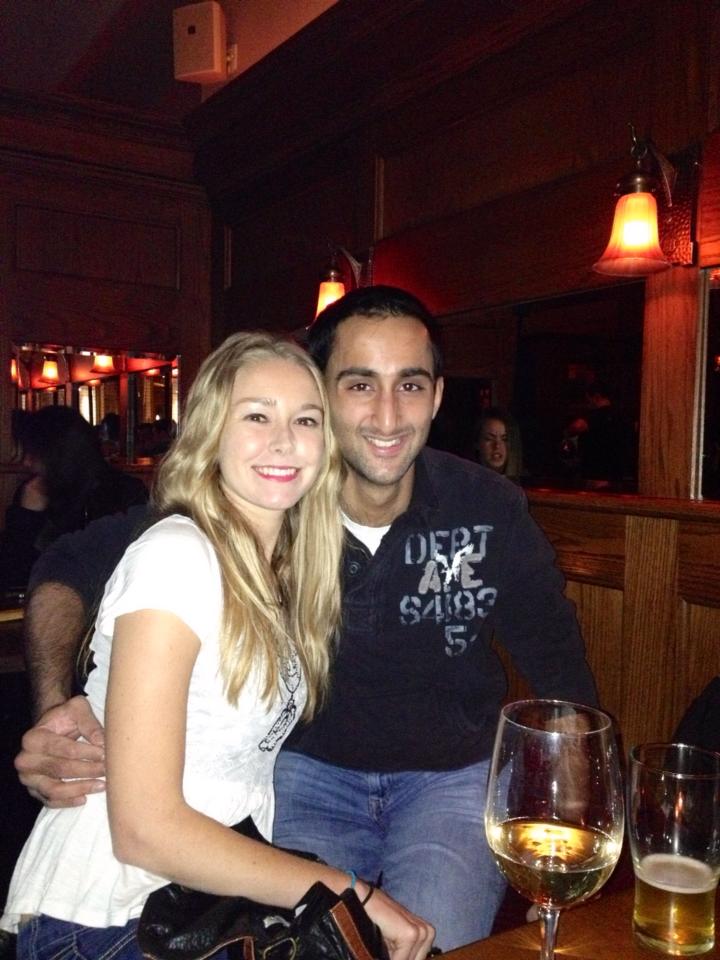 Marvelous is…having the endurance to stay out til the bar closed. Kaitlin and I surprised ourselves; we took the 9:14PM train into SoNo so that we’d have enough time out to be satisfied with taking a 1AM train back. Well we ended up taking the last possible train, around 2:30AM…the train full of fun folks who stayed out til last call! Although walking to and waiting for the train in the cold was one of the worst experiences I can remember in recent months, I’m still glad that we were all clearly having enough fun to be out that long/late! I’m also super thankful (can’t say this enough) to Kaitlin for knowing me well enough to tell me as we said goodbye the next morning that I should be proud of the fact that I came out and had fun. Getting those props is really important in recovery, and they’re all the more effective when I get them without even asking first. 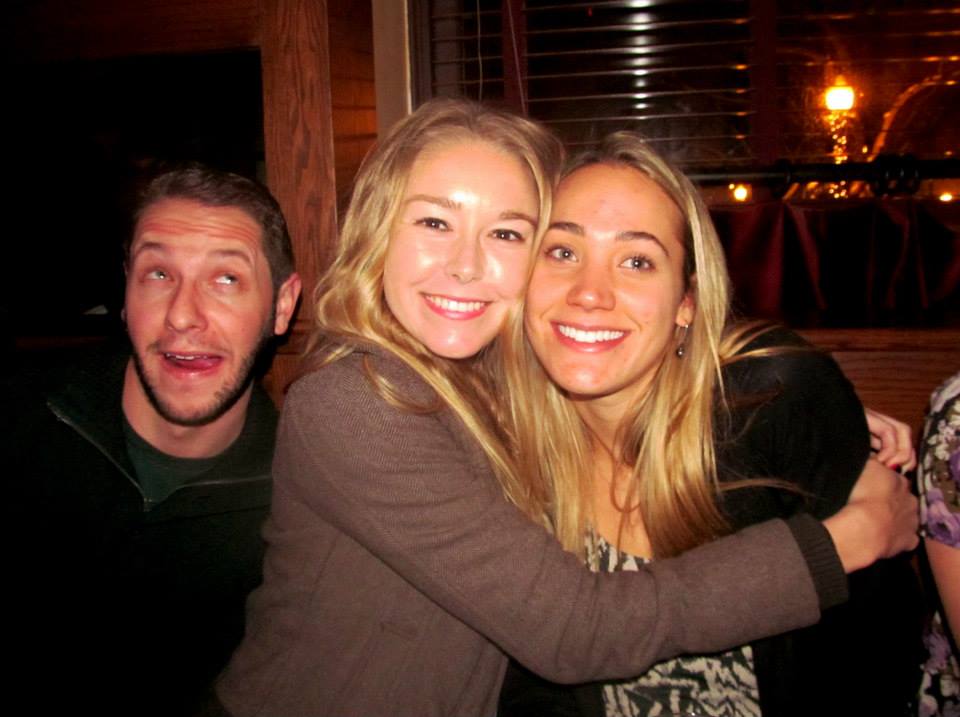 Marvelous is…a productive Sunday. I hit the road soon after waking up Sunday morning, obviously a zombie after just six hours of sleep. But I also felt the drive to make it a productive day, so I hit the gym for a quick 30-minute StairMaster interval session, then headed home to make a to-do list and tackle it.

And eat a snack, duh.

I completed almost the entire list and my favorite part of that was getting my food prep done for the week. I’m enjoying being in charge of my dinners and making a meal plan for the week. I know that sometimes stuff comes up and if I end up altering this a bit as the week goes on that’s okay (I promise Caitlin, it’s okay) but it’s comforting to have a plan and then do prep for it.

I’m super excited to try this Cookies and Kate Roasted Brussels Sprouts with Cranberries and Barley. I made and mixed everything up in a giant tupperware container and put it in the fridge, so tonight I’m going to have it cold along with my meatloaf, probably also cold. Cold leftovers FTW. I just wish the recipe had either called for less barley or more of everything else; It seems like the barley to other ingredients ratio is 5:1!

My first time both cooking with and eating barley!

Marvelous is…seeing my little brother. Dad and I picked him up at school last night and took him to dinner at nearby Willibrew. While the fish that came with my entree was disappointing (undercooked), the rest of the food was delicious and that includes the leftovers I picked off my dad’s and brother’s plates.

So there you have it…I’m worn out but it’s from a lot of fun. Even the chores were fun, which I think shows me I had a good balance of fun and taking-care-of-business. And all I could ever want to do tonight is go home and sit on the couch to work on emptying out the DVR. I’m so glad that’s EXACTLY what I’ll be doing.

Did the weekend leave you rested or worn out?

Did you do anything productive this weekend?