Thank you all for your awesome feedback on yesterday’s post! The advice I received definitely helped remind me last night at an event to stick to a couple of glasses of wine and just Go. Home. once I was done. As a result the event did not exhaust me and I’m also happy about the fact that I have no plans the next three nights! Maybe something will come up, maybe it won’t, but I know that tonight I’m staying in and making meatloaf. Party! And now, on to today’s post, and a necessary disclaimer…

I received veggie burgers free of charge from Dr. Praeger’s. This is not a compensated post and all opinions are my own.

I’m no vegetarian, but I love plant-based products, including veggie burgers! Dr. Praeger’s recently reached out to me to see if I’d like to try out their new Super Greens burgers, made with teff, hemp, collard greens, kale, swiss chard, and quinoa. Yes please! I love having veggie burgers on hand in the freezer to either use in recipes or eat by themselves. 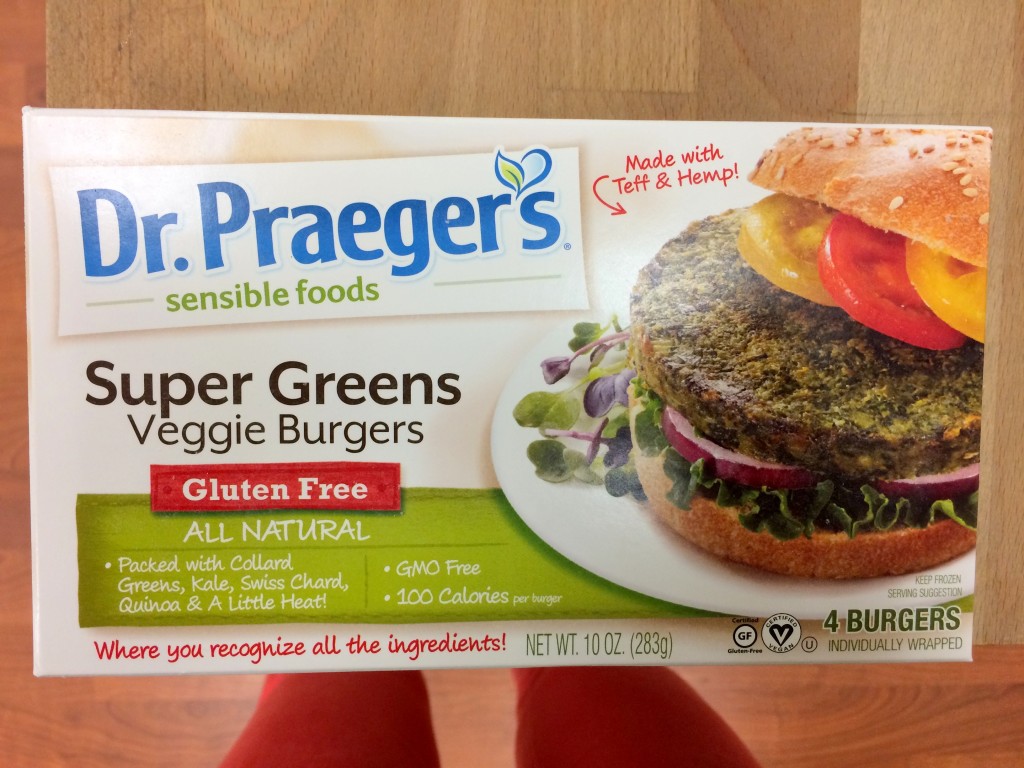 END_OF_DOCUMENT_TOKEN_TO_BE_REPLACED

Man oh MAN I’m so glad it’s Friday. The week felt ridiculously long, probably because I didn’t have Monday off for MLK Day, and I was well aware that many people did (due to the silence that descended over GChat). But now F-day, the day known today as FriYAY, is here. Let’s get to the fun part of it!

Link up with Clare and share your five on Friday!

1. It’s time to announce the winner of my Balance Bar giveaway! You guys seemed so into it and I appreciate all the entries. The randomly selected winner is Jess W…I will be contacting you to get you your prize!

2. Has anyone else fallen in LOVE with the new Fox show Empire? I can’t be the only one, especially since ratings have been climbing with each episode, which is nearly unheard of. I’m digging all of the actors, and the music isn’t bad either. I’m especially liking this song!

END_OF_DOCUMENT_TOKEN_TO_BE_REPLACED

Don’t forget to enter the Mohegan Sun giveaway for an autographed copy of Real Housewives of New Jersey’s Teresa Giudice’s newest cookbook! If you live near the casino, you can even meet her to get your autograph. You have until tomorrow (Friday) night at 11:59PM EST.

I have a ridiculously packed, planned-in-advance calendar. I’ve actually been making a conscious effort to make LESS plans. But for now, the next couple months’ worth of weekends are chock-full of summer class, trips, and local events and outings that I’ve already scheduled, some as far back as February or March. This past Saturday evening’s girls night with Kim, for example, has been on my calendar for almost two months. Not a joke – that’s how long it took to find a Saturday night that worked for both of us! But we planned, we waited, and we (finally) cooked. It was time for another tea-infused cooking adventure with the Alice’s Tea Cup cookbook.

This time, Kim and I decided to make the tea-infused Alice’s Veggie Burgers. The book has a recipe for both beef and veggie burgers, but the veggie variety sounded way more interesting! The tea to be used was supposed to be a variety called pu-erh, but we both had no idea what that was and Wikipedia didn’t offer any ideas for a comparative type, so we just used an earthy loose-leaf tea from Daybreak. Kim handled boiling the water in her cute tea pot and steeping the tea.

Kim probably has one of my favorite kitchens ever. I adore cooking there. And you guys know I don’t really cook.

Kim finely diced some of the above garlic, along with five or six small mushrooms, and sauteed them in EVOO. I handled cracking two eggs to separate the whites (used in the burgers) from the yolks, microwaving and mashing the frozen cauliflower (awkwardly packaged in a bag that asked me to “massage” before heating and to not “penetrate” the bag in any way), and rinsing and draining the black eyed peas. I combined all of that in a bowl with sea salt and ground black pepper, instant oatmeal, the tea, and the sauteed mushrooms and garlic.

The recipe called for us to mix the above with our bare hands, but it seemed to us that this method would not produce a sticky-enough product. So, I took to the bowl’s contents with the “masher”. After a few minutes, I had a nice mushy combo that was ready for patty-forming.

We struggled at first to fit four patties onto the pan, but man we were getting hungry, so we managed to do it!

We had a bit of a fail when we realized the reason the patties weren’t searing on each side after six minutes, like the recipe said they would, was because we had the burner set on the lowest heat setting. We were finally cookin’ (ha) once we fixed that.

Each side got nice and crispy (burnt in some cases, but I dibsed those, I love carcinogens). We also melted some smoked cheddar on top, and Kim fixed some Alexia frozen sweet potato fries in the oven. I decided last-minute to chop up some veggies after spying some olive hummus in her fridge! I also threw arbitrary amounts of garlic powder and ground black pepper on the rest of the cauliflower so that I could mash it all together and add extra bulk to my burger.

When the burgers and fries were almost ready, we poured some Noble Vines 337 Cabernet Sauvignon that Kim’s dad picked out for us. It was a really good Cab Sauv! I often don’t prefer them because they are sometimes too light for my tastes and are more similar to Pinot Noirs. But this Cab had a Chianti-like dryness to it. Plus, a lighter red like a Cab definitely was OK for a meal with no meat involved. As soon as the wine was poured, we had to take domestic housewife pictures.

Finallyyyyy everything was ready. Kim and I were chomping at the bit (didn’t even let the cheese melt on the burgers) but somehow managed to be patient enough to take a “proud table display” photo before diving in.

After taking this, we decided it was awkward to sit across from each other, and she moved next to me.

So how’d the burgers turn out? I’m not going to bother telling you the sweet potato fries were awesome – well OK, I guess I just did. Love Alexia’s frozen fries, especially with both Grey Poupon and French’s yellow mustard! Our veggie burgers didn’t taste tea-infused at ALL. We may as well have just saved the tea for drinking. I feel like the Alice’s cookbook recipe creators just threw tea in there to say the burgers were tea-infused. I’m not sure why it was included because I’m sure they tasted the burgers before selecting them for the cookbook. Maybe if we’d used the actual Pu-erh tea?

Multiply this plate by two. And the wine by three. 😉

However, the veggie burgers were amazing. They tasted so hearty and were extremely satisfying. This was my first time having black-eyed peas and I loved them! I’d definitely like to cook more with them in the future. The smoked cheddar was of a really high quality and was fun to pair with the wine (along with everything else).

Despite the presence of the aforementioned food and wine, the best part of the evening was hanging out with Kim. We shared the girliest of girl talk and watched “I Love the 90’s”. We learned new things about each other and deepened our friendship, cheesy (smoked cheddar cheesy) as it sounds. And it all happened over preparing and enjoying a meal together. It was truly an evening of enjoyment.

Have you ever cooked with black eyed peas? Any recipes to share?

What was the last girl’s night you had? Or boy’s night for my male readers 😉

Have you ever heard of and/or had pu-erh tea?