I’ve been behind on my weekend recaps because those weekends have been quite epic, and require multiple posts when I blog about them. That’s a good problem to have! But we are headed into another weekend soon (YAY) that will need recapping next week, and I haven’t even talked about this past weekend. I thought some alliteration was in order to do just that.

I already blogged about Friday night’s cooking class at Pond House Grille, so that won’t be included in this post about my top three favorite things about this past weekend, but believe me when I say it was up there.

1. Spending Saturday by myself.

I have been travelling almost every weekend in the last month or so and it felt so amazing this weekend to have no drives that lasted longer than an hour. The highlight of my chill weekend at home was sleeping until 9:30AM on Saturday, going to the gym for a nice not-rushed StepMill + abs workout, and then taking myself, a packed lunch, magazines, and Daybreak iced coffee to the pool club. I stayed there for several hours and just read, took occasional dips, and soaked up the sun. It was amazing, serene, and exactly what I needed. 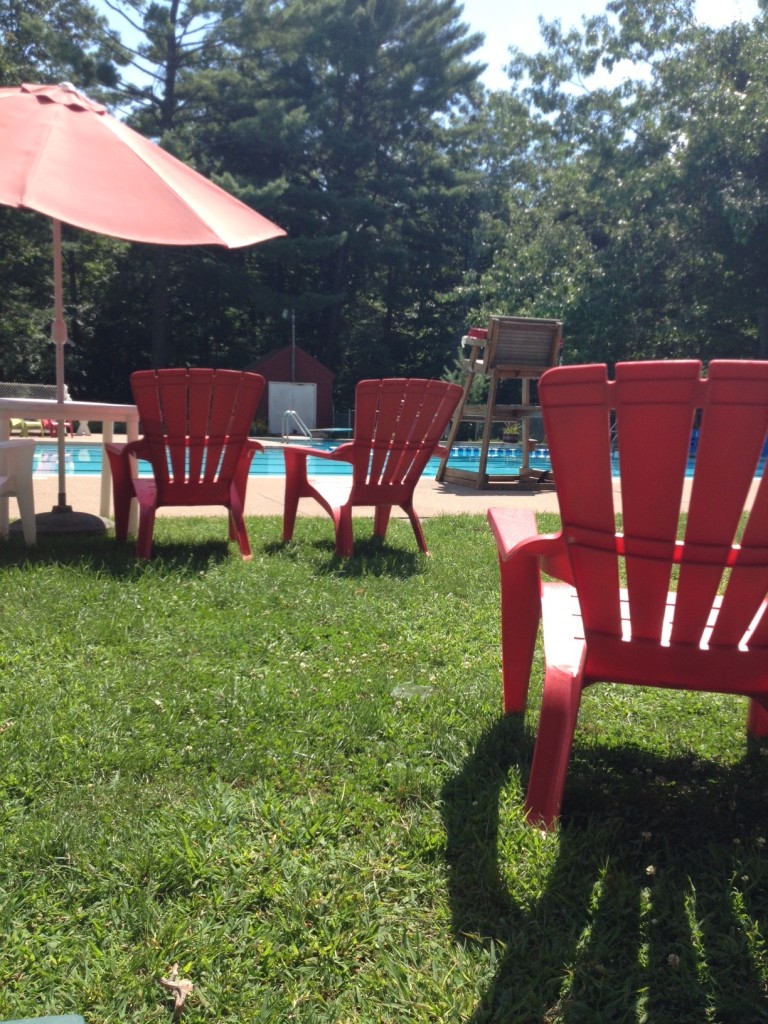 View from my chair 😀

I followed that up with a visit to my favorite nail salon, Ceci’s, for a mani/pedi (well, toe/hand polish change, AKA the cheaper option). I did my first mani in forever with no disco nail (gasp) but I just love the color I picked out for my hands – OPI A-Piers To Be Tan, from the new San Francisco collection.

I can’ remember the name of my toe polish! I decided to go a bit darker than I have been.

I really enjoy Lost Acres wines and the gorgeous place was PACKED on Sunday, both indoors and out! Every patio table was filled and plenty of folks were indoors listening to live jazz. Our group was set up outside with a few tables and lots of chairs, many provided by the vineyard!

Not even all the food people brought! The vineyard welcomes people to bring their own food, even though they sell antipasto and cheese plates. Pretty cool! 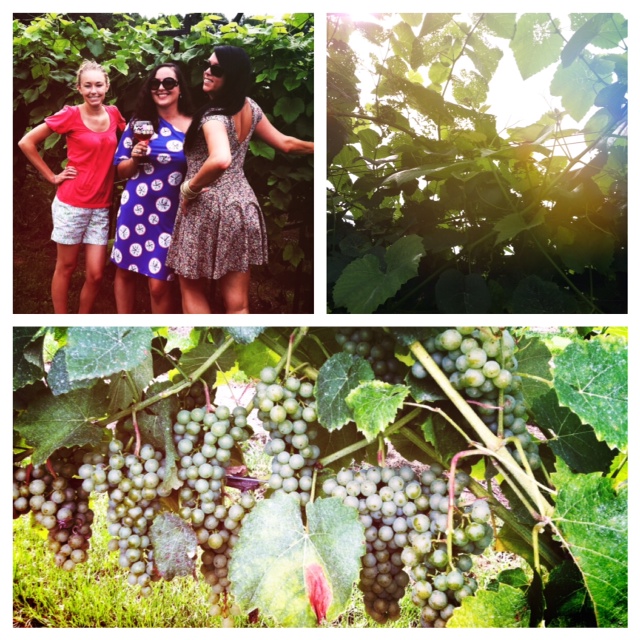 Photo credit to the other Kat!

I got to see a lot of the family members I’d hung out with when Kat brought me to Saratoga with her, so that was awesome. I even was able to attend an “after-party” at her in-laws’ condo, which meant a lot to me. I loved being there for so much of her special day!

What’s a weekend without this face?! I love my Penelope!

One part of Sunday I did not enjoy was the difficulty I had with consuming the food (namely desserts) at the vineyard and the after-party, as well as drinking more wine than I normally would on a Sunday. Despite the fact that I’d killed a spin class and ab/leg workout that morning, I had so much trouble cutting myself slack and being okay with not having my usual lighter Sunday dinner and couple glasses of wine at home. I texted my mom for support, and she reminded me to take a look down at the squishy munchkin I was holding in the pictures I sent her, and to keep in mind that there are more important things in life.

I look at Penelope and marvel at this adorable little girl who, while she is totally adorable, doesn’t give a shit whether or not she looks good. She doesn’t care if she drools or poops all over herself. She just wants to be loved and be happy. She rolls over and probably feels pretty kick-ass. She isn’t tainted by the messages our world today sends us about body image, being perfect, the shoulds and shouldn’ts. She just wakes up each day and enjoys each moment that brings her happiness, and doesn’t question whether or not it’s “good” for her.

We can all learn a lot from you, P!

I’m glad I didn’t let my fears and anxieties about the day prevent me from eating and drinking and doing what I wanted. I could have passed up Kat’s relative’s infamous chocolate homemade whipped cream cake because I’d already had a few mini cupcakes, but I didn’t. I could have passed up having a glass of red wine with that cake, but I didn’t because red wine and dessert is my favorite pairing ever. I could have declined Kat’s invite to the after-party since I knew there would be more food and drink there, but I didn’t because I wanted to spend time with her and her amazing family. It may have been hard to deal with at the end of the day, but I also went to sleep that night with a ton of new Penelope pictures on my phone, and that’s pretty awesome.

I have been absolutely LOVING Friday nights at Rooftop120 this summer. The DJ is awesome and there is almost always dancing! After our cooking class event, Jill, Jeff, and I met up there with my high school friend Andrea and her boyfriend Zach. I sipped Crown Royal Maple on the rocks (mmm) and once again proved to myself that I am capable of going out and not going crazy with late night snacking and drinks. Though I did snack on Pond House leftovers when I got home…which are way better than greasy pizza or fried food!

Honorable Mention That I Can’t Leave Out

Kelly was in town so we met up Sunday morning and I got to show her another Glastonbury coffee spot, So G Coffee Roasters. We sat outside and chatted for over an hour, just soaking up each other’s company. Seeing her is always wonderful!

What do you have planned for this coming weekend?

What’s a lesson you think we can all learn from babies/kids?