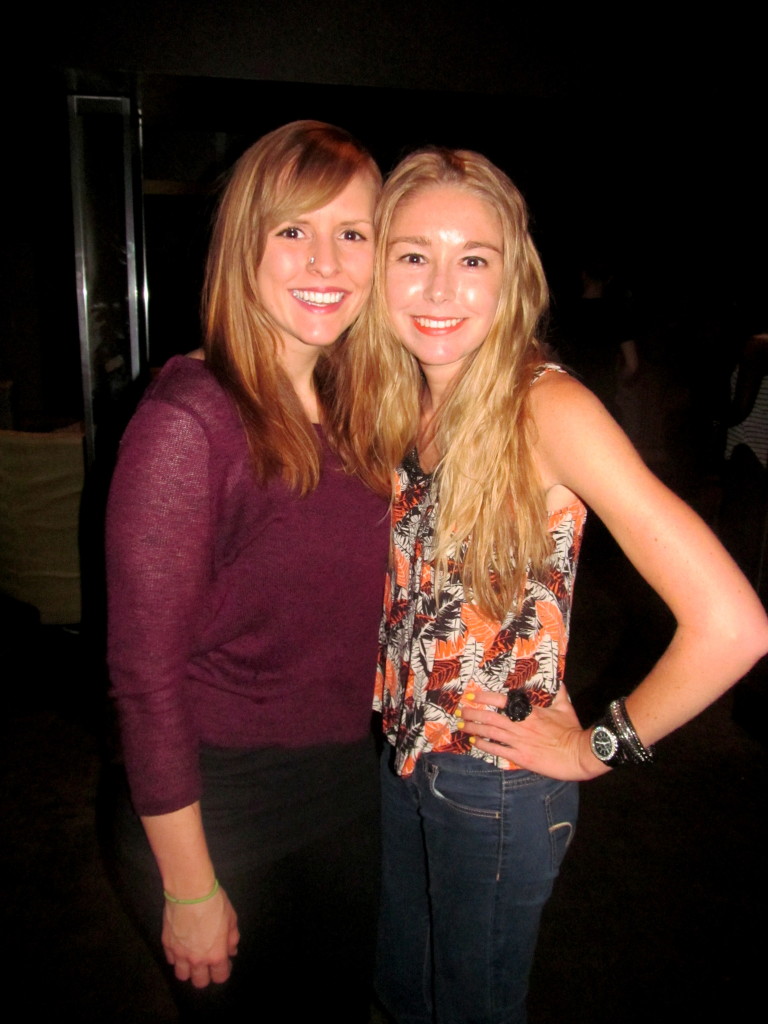 Ladies on the town! 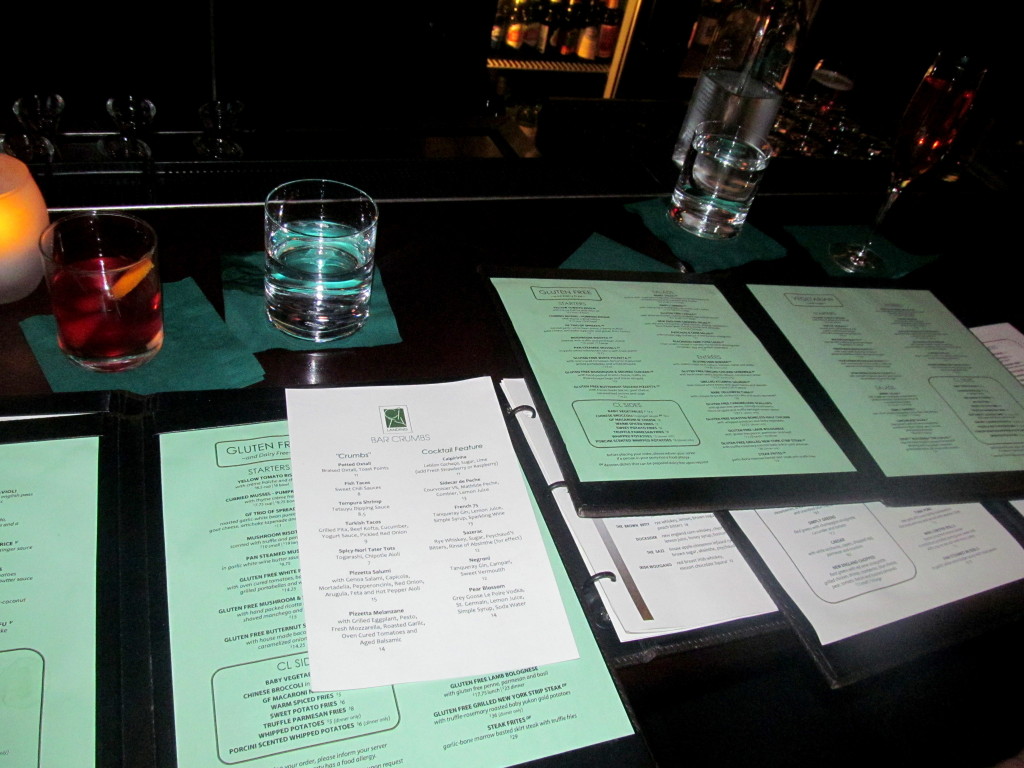 I had to take a photo of our ABSURD amount of menus. 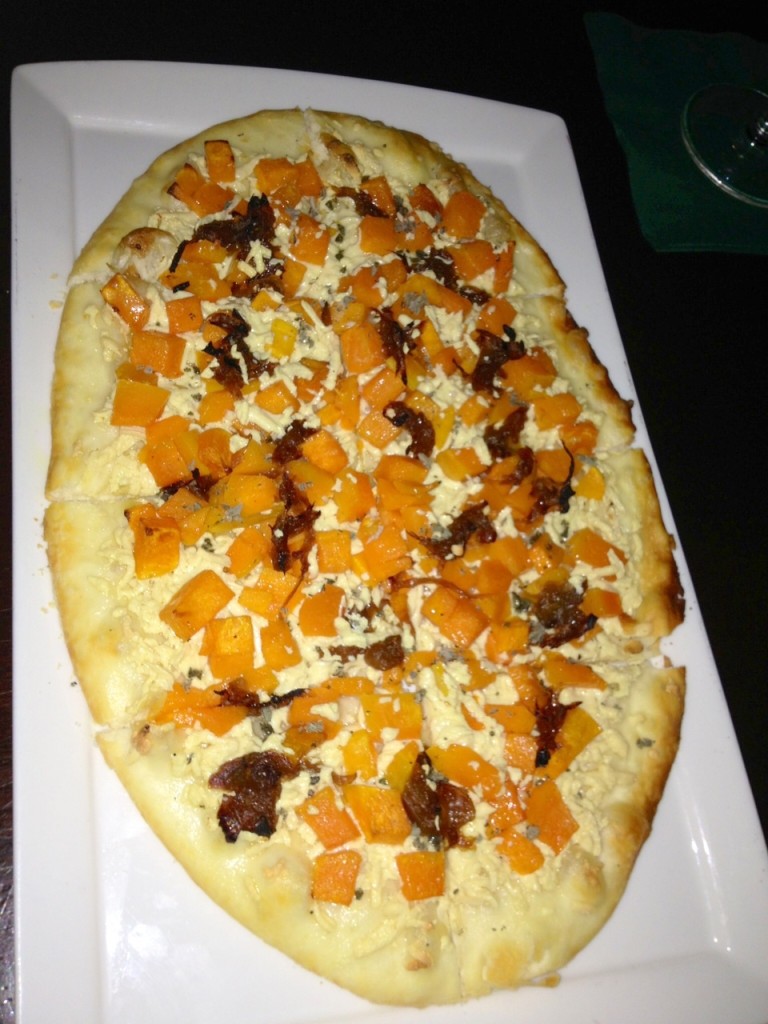 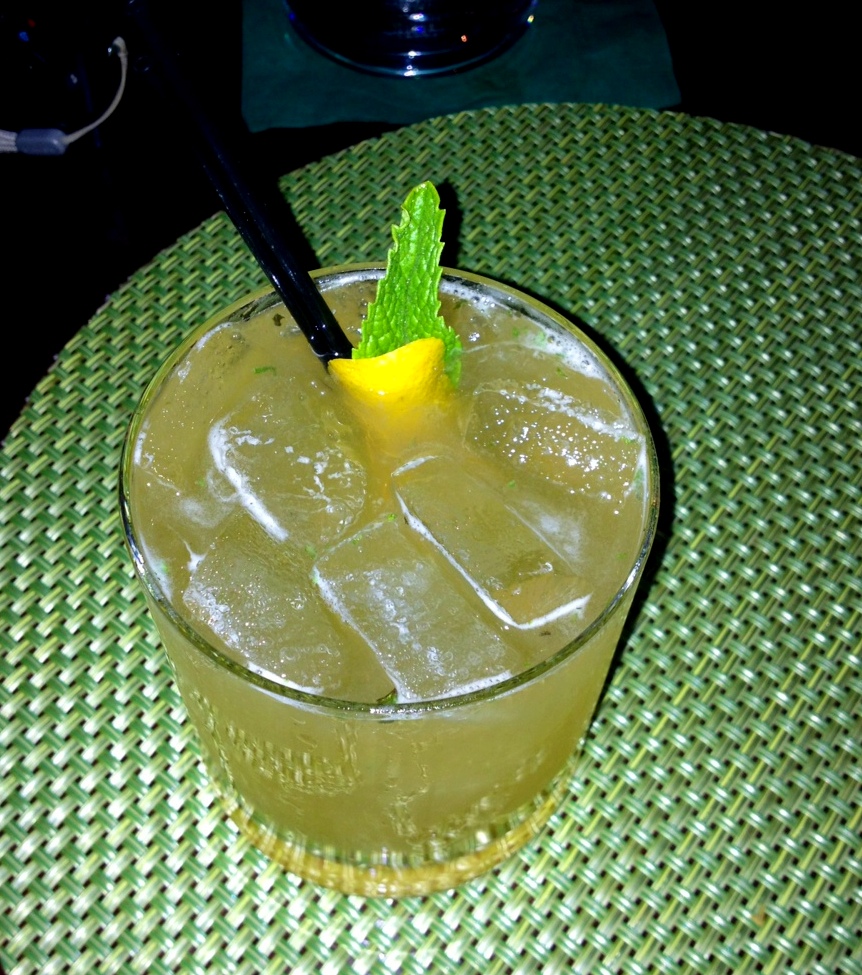 The bartender made me a custom bourbon drink that I ADORED. 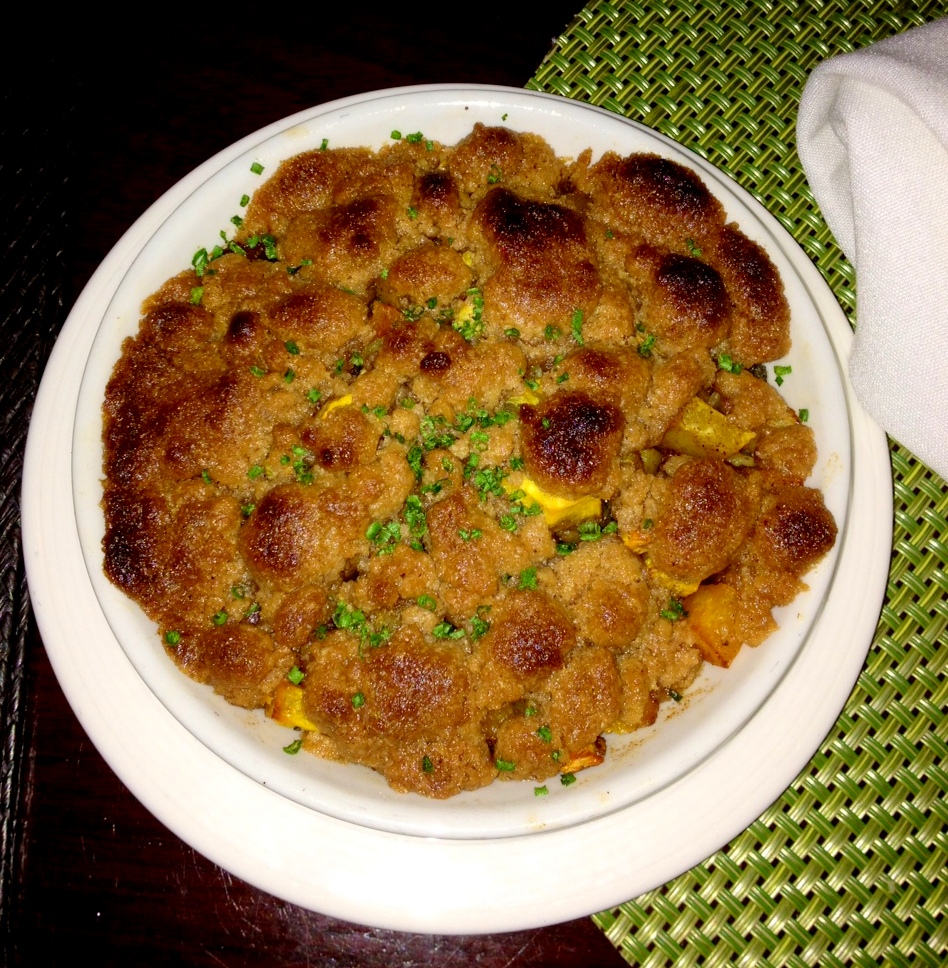 So glad I saved this butternut squash crisp with sage sunflower seed streusel for last because it was basically dessert!

Marvelous was…a return to Scholar’s. After loving it last weekend I was ready to return and thankfully so was Annie! My friend from back home, Kristen, met us out as well and the three of us chatted as well as were hit on by one of the most obnoxious, rude guys of all time. I enjoyed sparkling rose as well as a fantastic cocktail called the Dew North (Tullamore Dew, Benedictine, lemon, ginger beer, Luxardo – on the rocks). Annie got a drink that I LOVED and must get the next time I go, the Dead Poet (Hendrick’s Gin, dry vermouth, St. Germain, Bittermen’s Hopped Grapefruit Bitters). Unfortunately by the time the dancing really got going, the three of us grandma-ed out and headed home. Thankfully I had Annie as my traveling buddy so we motivated each other to take the T home instead of a cab. Good thing because between all my beverages, it was a pricey night.

Our second round of drinks – all the same hue! 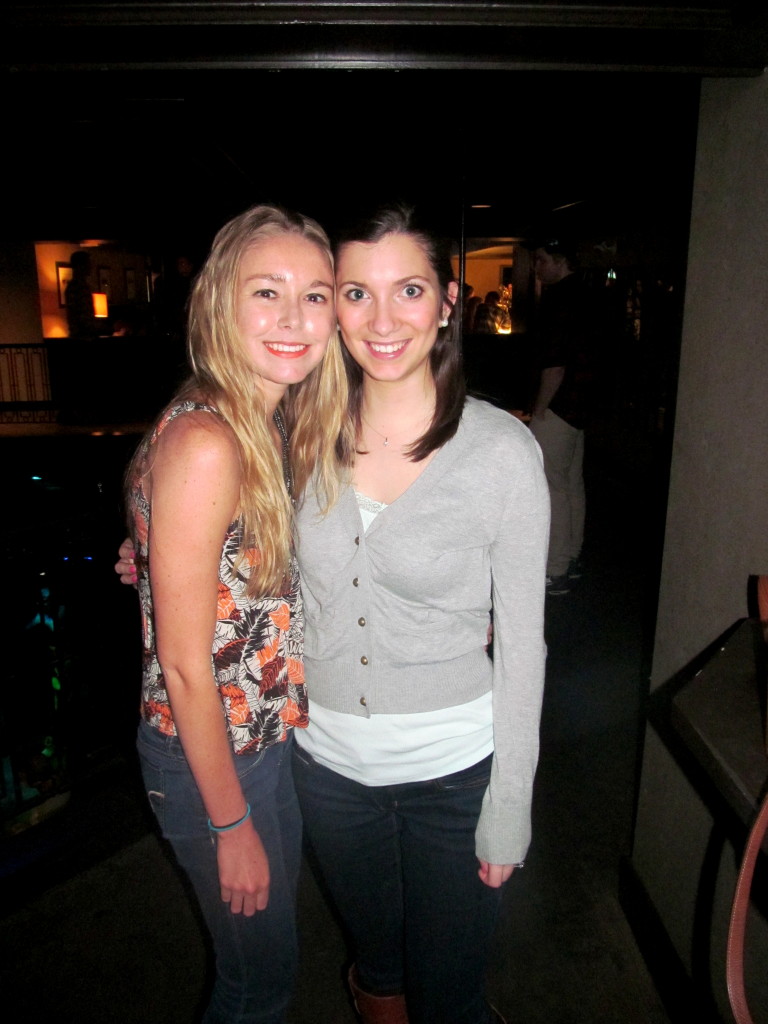 Marvelous was…Danielle’s spin class. I came home after Scholar’s and decided to eat some leftover pizza. I ate more of it than I was okay with, and felt pretty crappy about that plus the cocktails and carbs I ate at dinner…even though I never at any point got too full. It’s so hard to be hungry or just snacky when I come home after late nights out and I’m trying not to deprive myself and to just roll with my cravings, but even if I don’t physically feel like I ate too much, I still feel mentally crappy about it. Danielle’s spin class was just what I needed Saturday morning. I zoned out, fed off her energy, and was even motivated for some post-class abs.

Marvelous was…getting my hair did. I was long overdue for a haircut and partial highlights, and since I was already going to be home I made an appointment with my go-to hairdresser Jen (K&S Hair Affair, Vernon Rockville, CT). She’s been doing my hair since I moved to CT in 2001! So she always gives me a little bonus at the end of my appointments, and seeing as I’ve gotten more blow-outs done since I moved to Boston than I ever did as a CT resident (okay I’ve only had two but that’s still more than the one back there), I continued that trend.

Marvelous was…Penelope’s first birthday party. Not only did I get to see so many people I love and care about, but I felt proud of myself for not focusing much on the food or myself. Yes I adored all I ate/drank but I didn’t let it rule my thoughts. I thought more about the company I kept! 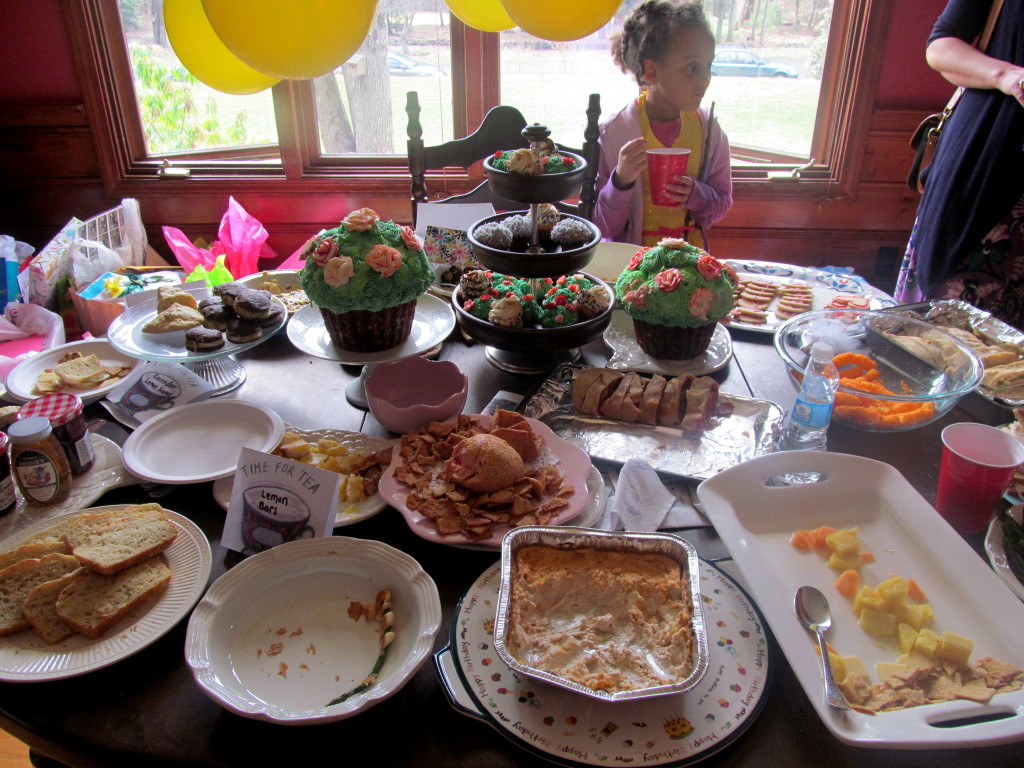 Oh what a spread! 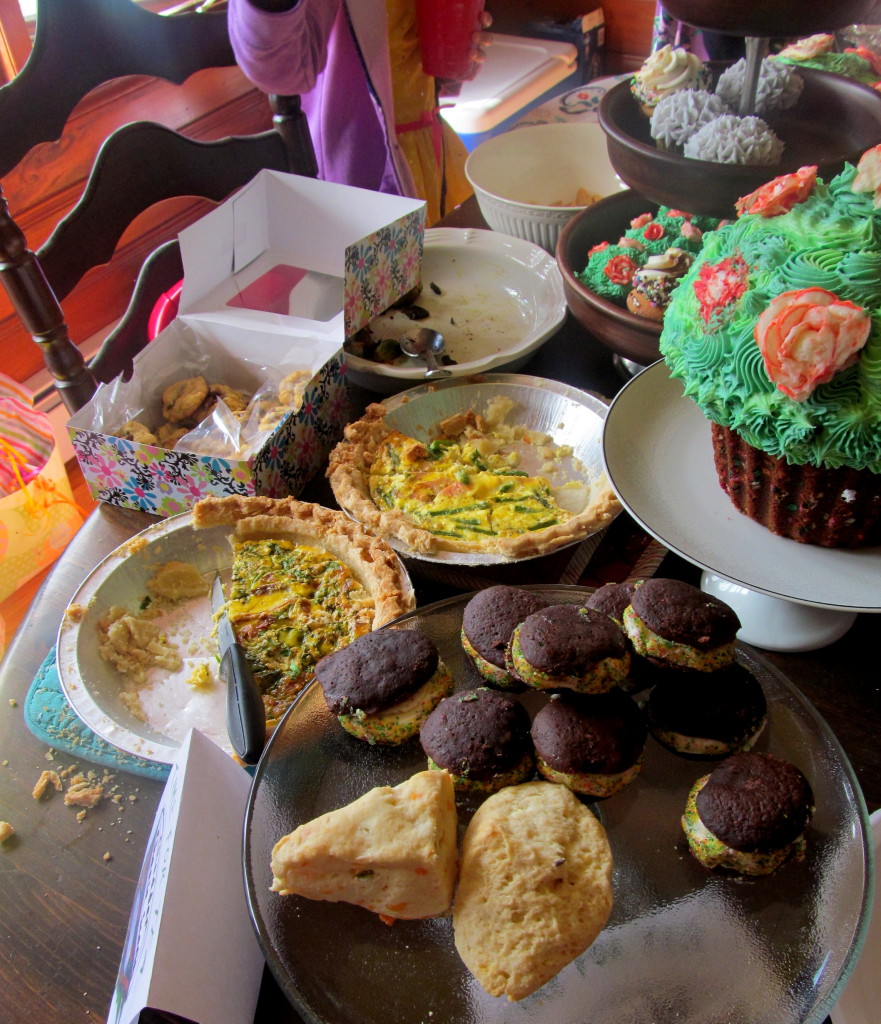 Kat made amazing quiche and Get Baked provided awesome scones! 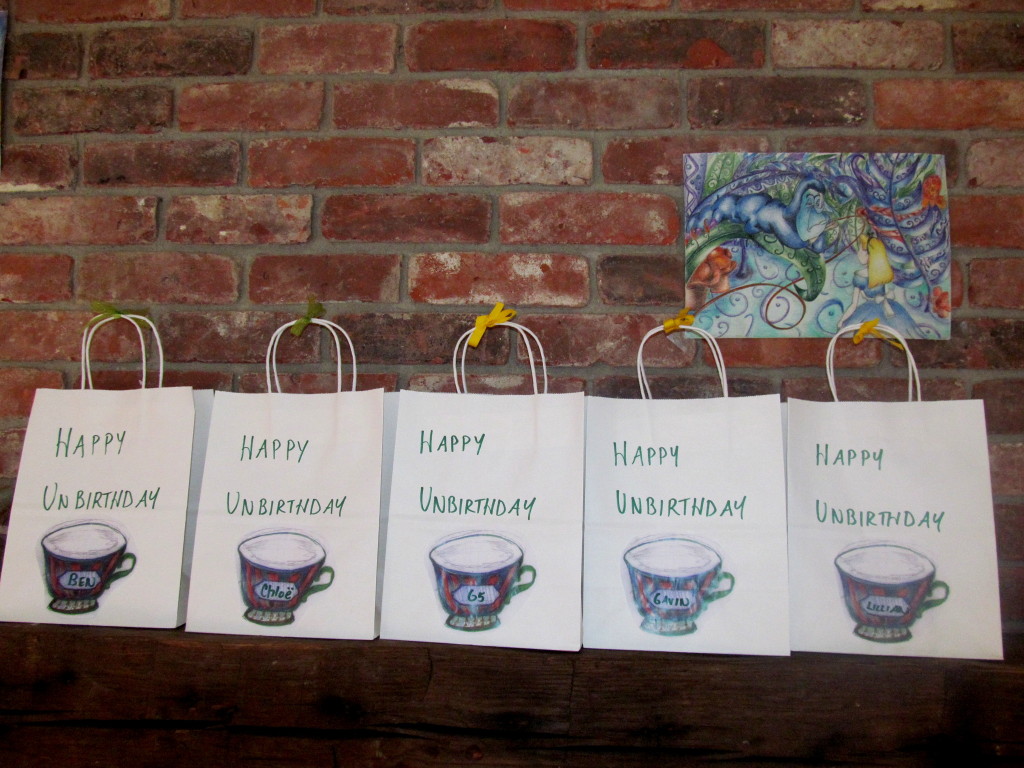 Kat did a great job making goodie bags for the kid attendees and her sister Helen’s artwork was the perfect tea party themed decor. 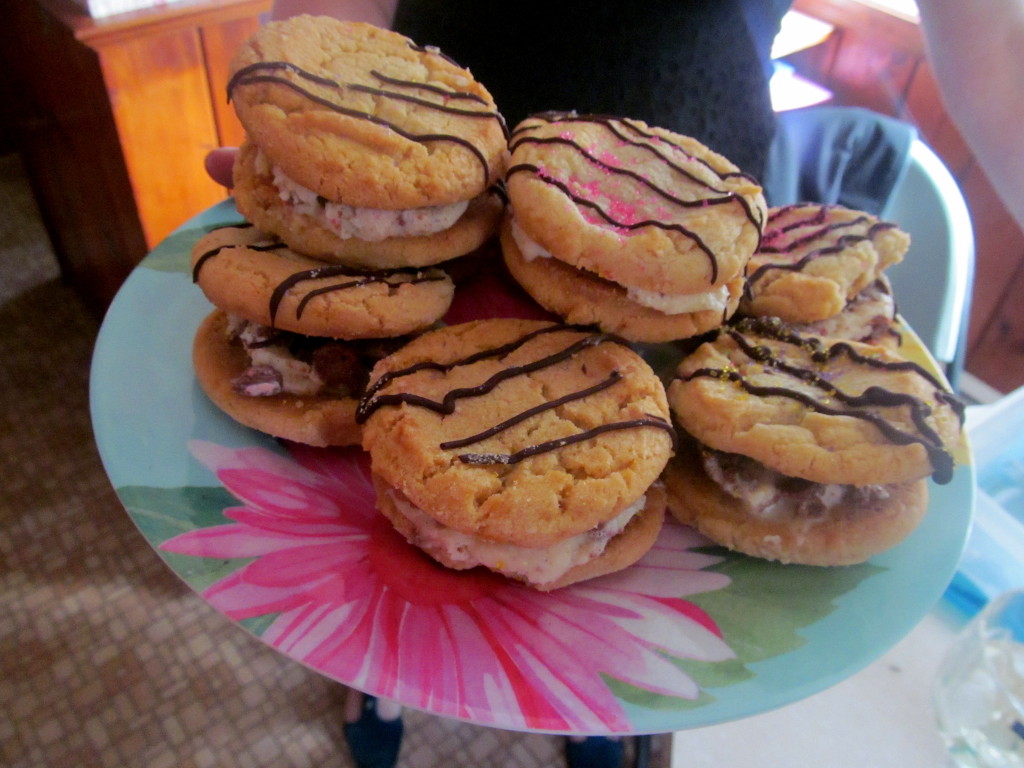 I had one of Emily‘s Cadbury Egg Ice Cream Cookie Sandwiches…and it was everything it sounds like it’d be. AKA everything. 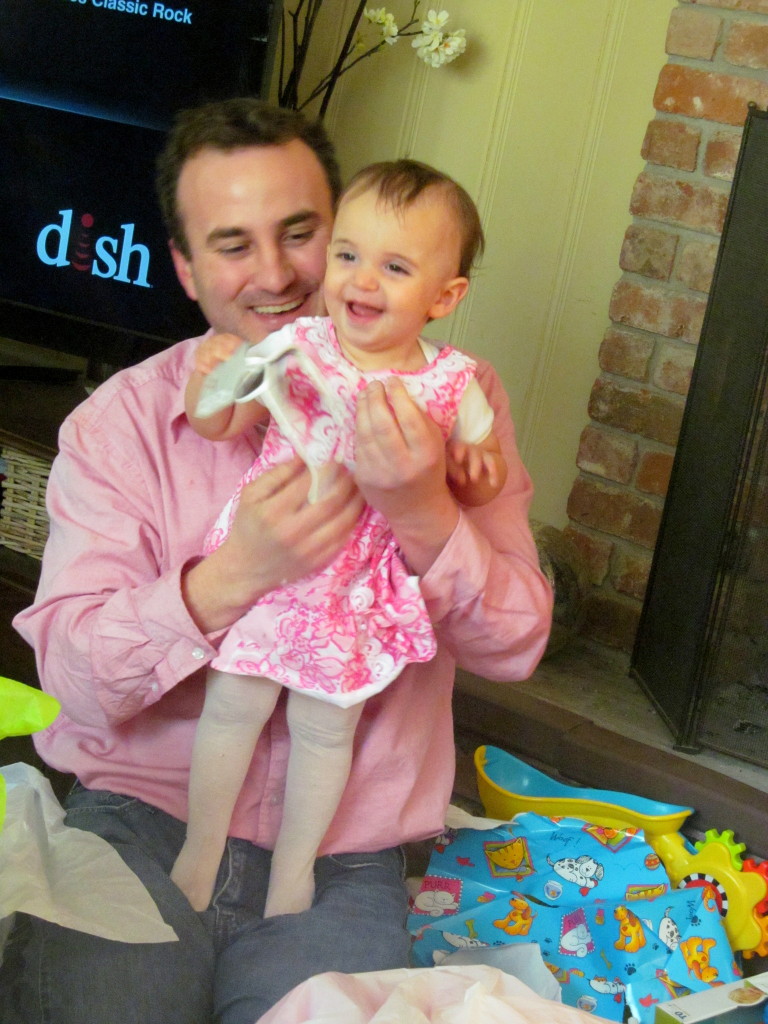 Penelope and her daddy matched! 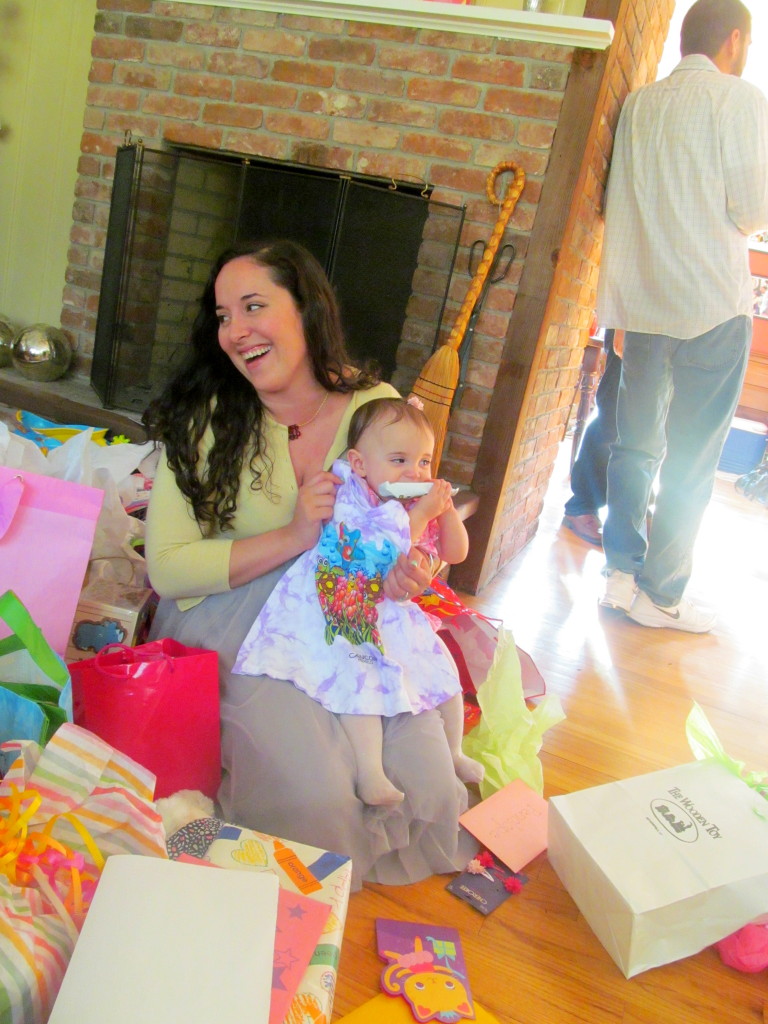 Penelope had a GREAT time opening her presents. And I mean opening them…she didn’t care about the present part.

She may be a bit spoiled! 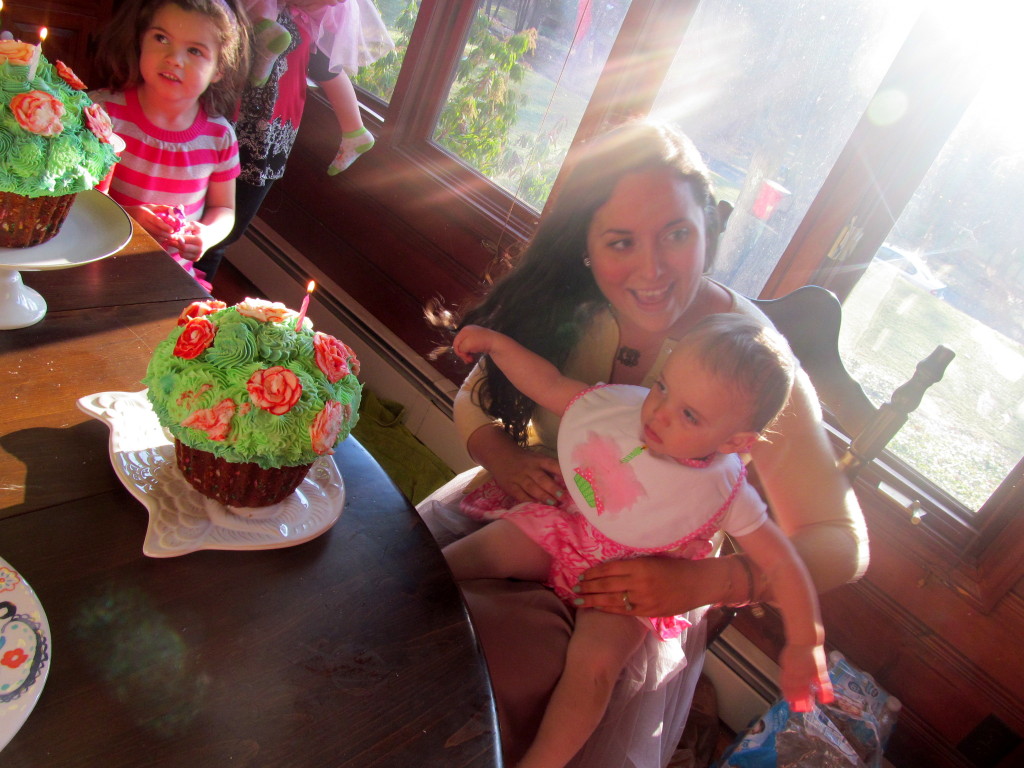 Nora Cupcake made Penelope and her cousin some awesome jumbo cupcake smash-cakes!

I just adore this lady 🙂

Marvelous was…UConn winning! I still can’t believe UConn is playing in tonight’s championship game and though I honestly don’t much follow my alma mater in sports (oops) I’m definitely rooting for them! I met Kim at Rooftop 120 after Penelope’s party and we caught the second half and then had a snack/beer at Plan B afterward. I also got to see Kim’s boyfriend Will, and he is so sweet, so that was a treat. #rhyme 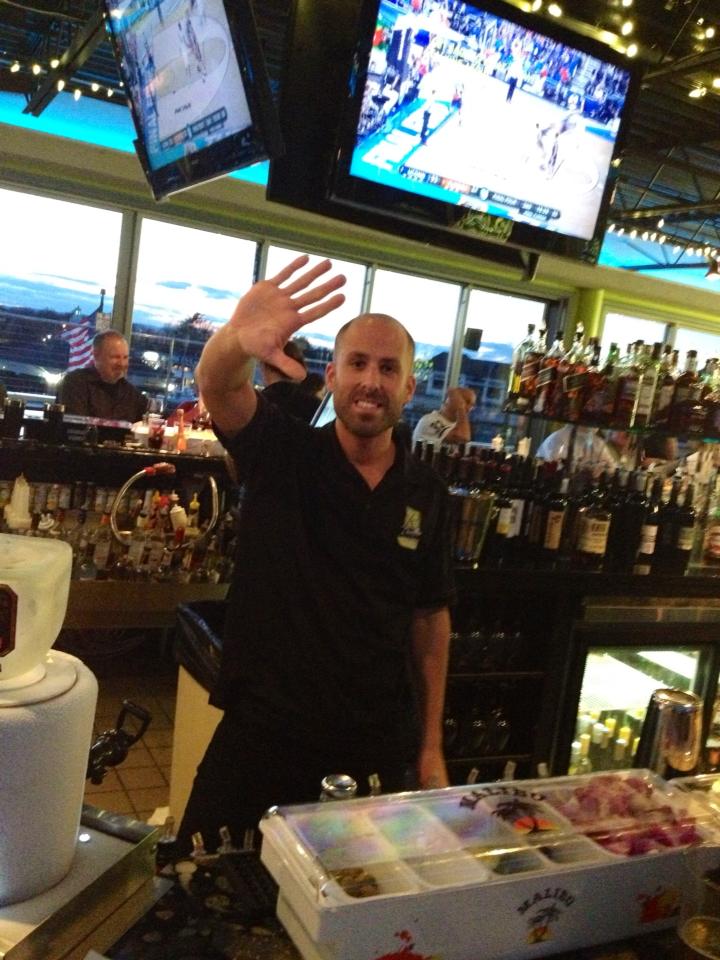 Tyler took great care of me, as usual! 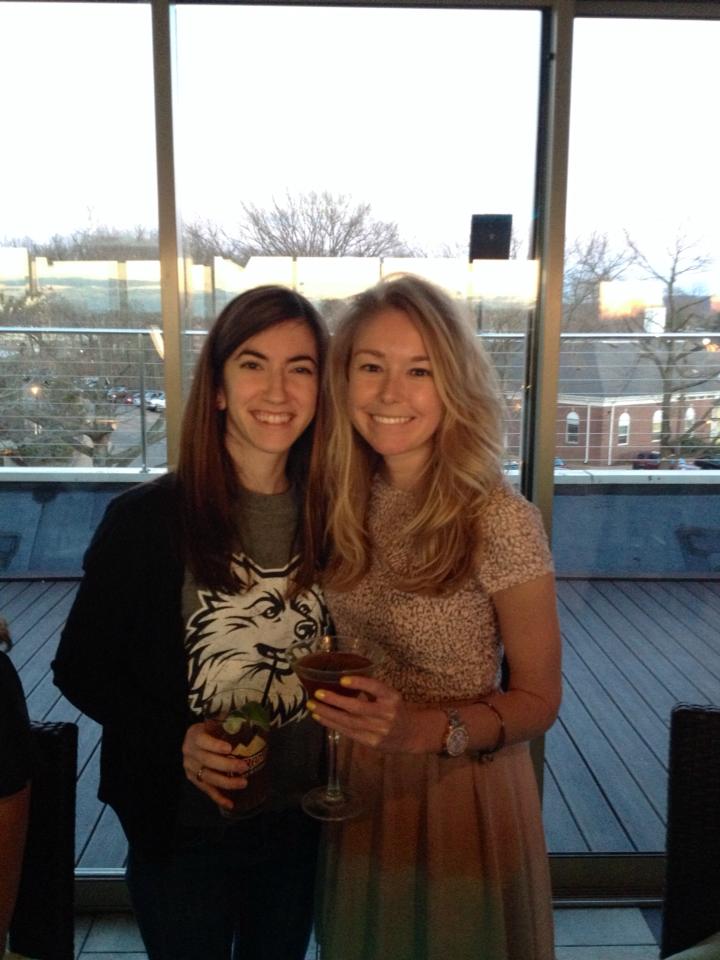 I may or may not have been overdressed for basketball watching.

Marvelous is…my awesome mom. She sent me back to Boston on Sunday with so many delicious frozen food items, fresh groceries, and a big hug. Plus she was totally there for me when I texted her yesterday evening feeling pretty down on myself. I won’t elaborate except…I hate pants.

Marvelous was…catching up with Kaitlin. Whenever we have a phone chat it makes my day brighter. I miss her a lot but it’s good to know we are doing such a great job at keeping in touch, despite the fact that I moved farther away.

Marvelous was…a Sunday dinner at my beloved Deep Ellum! I met Jon of ENERGYbits outside my apartment (we basically live next to each other) and we strolled over there for an awesome meal. We both had salads with seared tuna and mine was just what i was craving. It was our first in-person meeting and he’d been trying to pin me down for awhile but of course I’m always either busy or trying to stay sane by staying in. I’m glad we finally were able to get together and definitely had plenty to chat about. Plus I got to introduce him to a restaurant I love! I always love that.

My tuna salad nicoise was just the healthy meal I wanted!

It was a nice weekend at both of my homes, but I’m happy about the fact that I don’t have visits back to Glastonbury planned for awhile now. I’ve got a lot of weekend events I’ll be working coming down the pike now that it’s (finally) warming up. Plus I just am over driving back and forth between Boston and CT. My mom is coming to visit me next weekend, so that’ll be so much fun – I can’t wait to show her my life here!

Have you ever attended a first birthday party?

How many places do you call “home”?