What I DRANK Wednesday: Brugal Rum!

Okay, so I know it’s supposed to be What I Ate Wednesday. But I am overdue for a recap of a “drank-based” event I attended a little over a week ago, and who says I have to follow WIAW rules? Nahhh. Cocktails are about no rules! Especially on Tuesday nights…

I was invited by Emily of NYC-based M Booth to attend one of many Brugal Rum tasting and immersion opportunities happening last week at Boston’s Cyclorama. The event, titled #RumRedefined, involved first a lesson/tasting about three of Brugal’s products – Anejo Rum, Extra Dry Rum, and Brugal 1888. 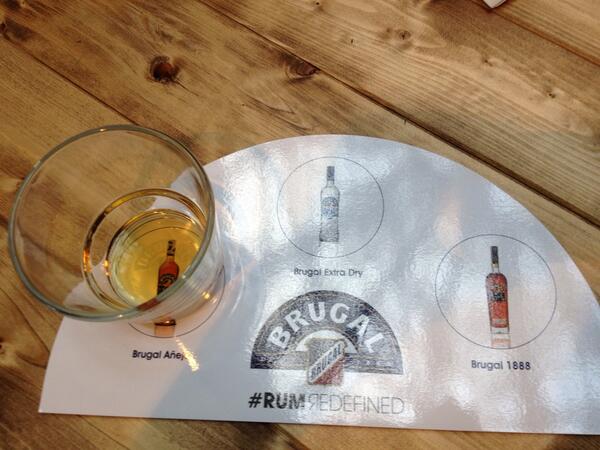 Our cute “tasting tray” – started with the Anejo!

I thought I’d prefer the Anejo over the other two varieties we tasted, since Anejo is my favorite of the three varieties of tequila (Blanco, Reposado, Anejo…though I rarely drink any tequila). However, the Brugal 1888 ended up being my favorite because of how much it reminded me of my beloved whiskey! I certainly wasn’t a big fan of the Extra Dry at all on its own, however found out I was a fan of it in cocktails later on (stay tuned). 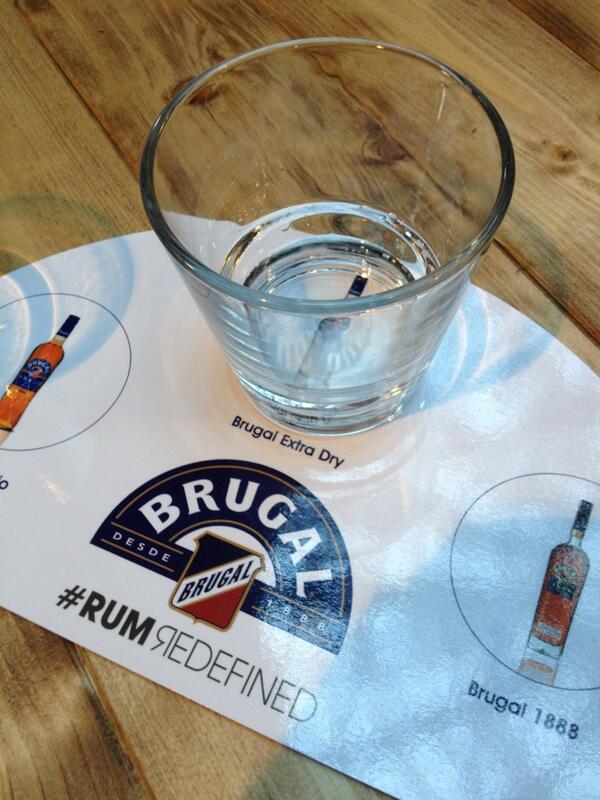 Despite the vanilla and coconut notes sipping on this straight just wasn’t for me, but they make it a great mixed drink rum!

This was my first event at Cyclorama and I hope it’s not my last because it’s a GORGEOUS event space! My companion Jeannie is a Boston event pro and had of course been before, but she was still impressed by what Brugal did with the place. 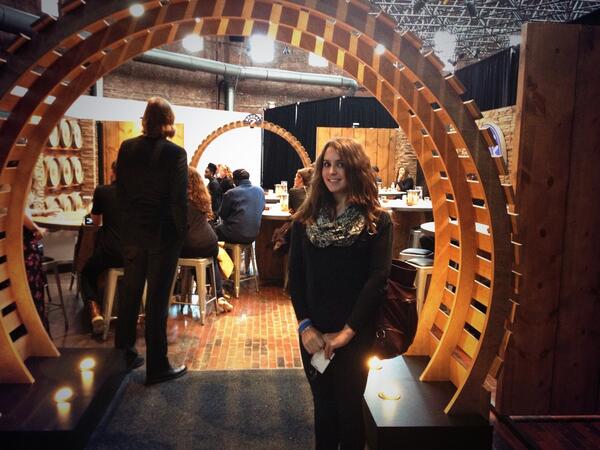 I enjoyed being able to taste AND learn about the rums at the same time. Especially since our host/teacher was pretty fun – he knew that we were most interested in tasting so kept the learning short and sweet. 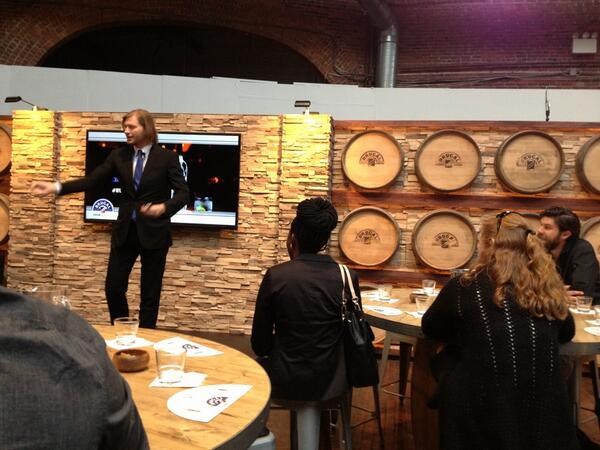 Check out the barrels – such a nice touch!

The rum was paired with little bites like dark chocolate, dried fruit, and nuts. My favorite was surprisingly the sweetest pairing – rum with the dark chocolate!

After our tasting and education (or shall I say immersion) was complete, we moved onto the next stage of the event – a cocktail making class! Two Wink & Nod bartenders (a place on my long list of cocktail spots to try) taught us how to make a simple Brugal Fresh-Pressed Daqiuiri using the extra dry rum. A muddling bar was set up with all manner of goodies to muddle into our cocktails, including cilantro, jalapeno, and strawberries.

We also learned some very important mixology skills such as how to juice a lime and the several different types of drink-shaking techniques. Yes there are multiple ways to shake up a cocktail!

My drink turned out alright, but Jeannie’s actually turned out the best! I got a bit mixed up (no pun intended…or was it?) while making my daiquiri…I forgot to muddle my ingredients until too late in the process. Oh well, a cocktail is a cocktail right?

I love that I’m still able to attend these kinds of events (and have even more to choose from now!) while living in Boston, and that I’ve found an event partner-in-crime (Jeannie) to join me. I miss my CT event friends a lot but am slowly building up my event circuit here in Boston too!

The Friday after the event I was still in the rum spirit, so I decided to go with rum as my hard alcohol of choice for the night (I tend to stick with one once I’ve chosen, because mixing gives me a headache). My friend Kelly and I (it’s impossible to keep up with how many Kellys I know) were out at Citizen and my first attempt at cocktail ordering did not go over well. I asked the bartender for some ice to pour over it so I could water it down a bit (it just tasted so sweet) but instead he offered to make me something he “thought I’d really enjoy”. I was curious and let him go for it, and he made me the Hemingway Daiquiri. 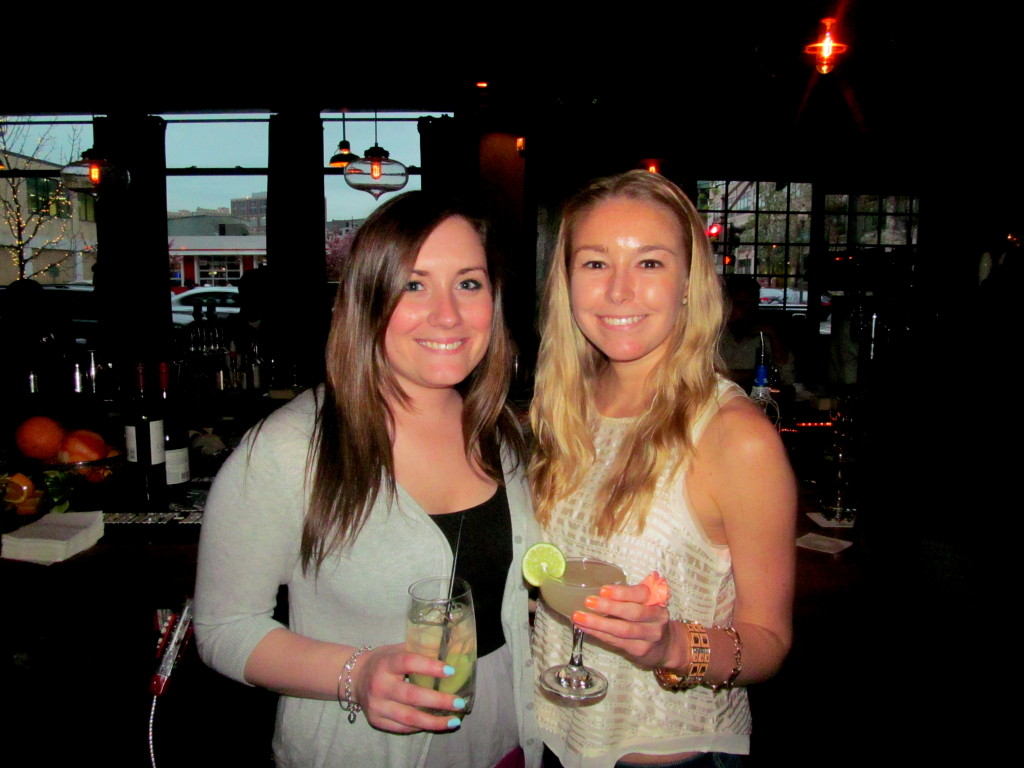 I looked at the ingredients and saw that it was made with Brugal Extra Dry Rum! Then the bartender Sean Frederick (who actually turns out to be pretty legendary) revealed to me that he had taught the Thursday night cocktail class at the Rum Redefined event, and had seen my tagged photos up on the content stream that the instructors were using to encourage attendees to tweet and Instagram. He recognized me from those photos; Boston is SUCH a small city and I am finding that out every day!

And it gets smaller. Last night I had dinner at Bistro du Midi, a lovely French restaurant (full blog post to come) near Newbury Street…and Brugal popped up AGAIN! The sommelier/mixologist Todd brought over to my companion and I a sample of his newest cocktail creation, made with (you guessed it) Brugal Extra Dry Rum. It was delicious and reminded me of a kicked-up brunch cocktail. The flute it was served in may have had something to do with that; the full-size version comes on the rocks! Brugal Rum is really killin’ it when it comes to getting into restaurant cocktail programs.

Brugal cocktail is on the left. More info on those other two friends later 😉

The Rum Redefined event certainly redefined rum for me, so I’d say you have a successful event on your hands, Brugal! I rarely order rum cocktails while out but am definitely feeling more open-minded toward them. Now I’m not sure if a tequila event exists out there that could change my mind about THAT spirit, but we’ll see…

Do you enjoy rum-based cocktails?

How many different styles of rum have you tried?

Have you ever tried Brugal Rum?