This post will not be all about Zooma Cape Cod half marathon training, despite the title. But it will first and foremost make mention of a marvelous half marathon related accomplishment, because I’m just so psyched about it. Plenty of non-running-related marvelous to share too though!

Make sure you link up with Katie if you’re doing a MIMM post today!

Marvelous is…an 8 mile run on Saturday morning! So the run itself wasn’t exactly marvelous because well, I’m not one of those people who will pretend she enjoys running that long. (Not that those who do actually enjoy it are pretending they do.) I woke up really excited to just get my 8 mile long run done so I could feel awesome about it afterward, but during the run I had to battle with myself mentally. Once I got to my halfway mark (yay out and back runs!) I knew I’d make it back, so the mental battle became less – but the physical became more. I ran the whole thing pretty slow (over a 10 minute pace) and am glad I did.

It was hot out (I didn’t get started til 10AM – so worth it to sleep in though) and I also got a bit lost at one point. After calculating exactly how far I’d run, I realized I’d run 8.2 miles thanks to that fact. I did stop every now and then to wait at a crosswalk or drink water (thank you Charles River Esplanade for your water fountains) but the whole time I was actually running, I did run – I really didn’t want to walk! Big thanks to the BU campus grounds worker who sprayed me with his hose (I asked him to, don’t worry) right around mile 6. That got me through to the end! This is officially the furthest I’ve ever run because I ran 8 miles once back in 2010, and this was 8.2 miles. So seriously, go me. (Way better than the other GOMI.) 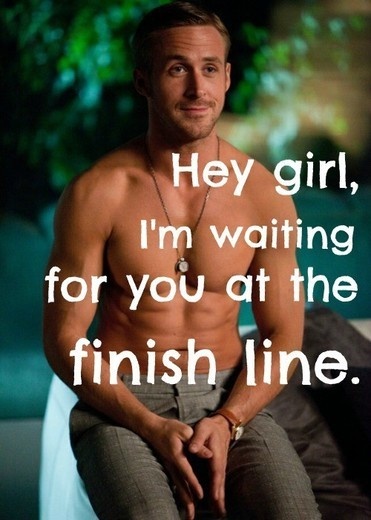 OKAY, back tracking to the start of my weekend…

Marvelous is…dinner with Jen. I always enjoy our little outings, especially when they involve patios and yummy beverages! We checked out Audubon because I knew she’d love it and I’d never seen their patio. As usual it was a delicious experience, and actually really affordable too. Both of us only paid about $20 (before tip) for our meal and one cocktail each. In Boston, that’s quite a steal!

This Shandy Old Fashioned was seriously EVERYTHING. I couldn’t decide between beer or a cocktail so of course this was perfection. 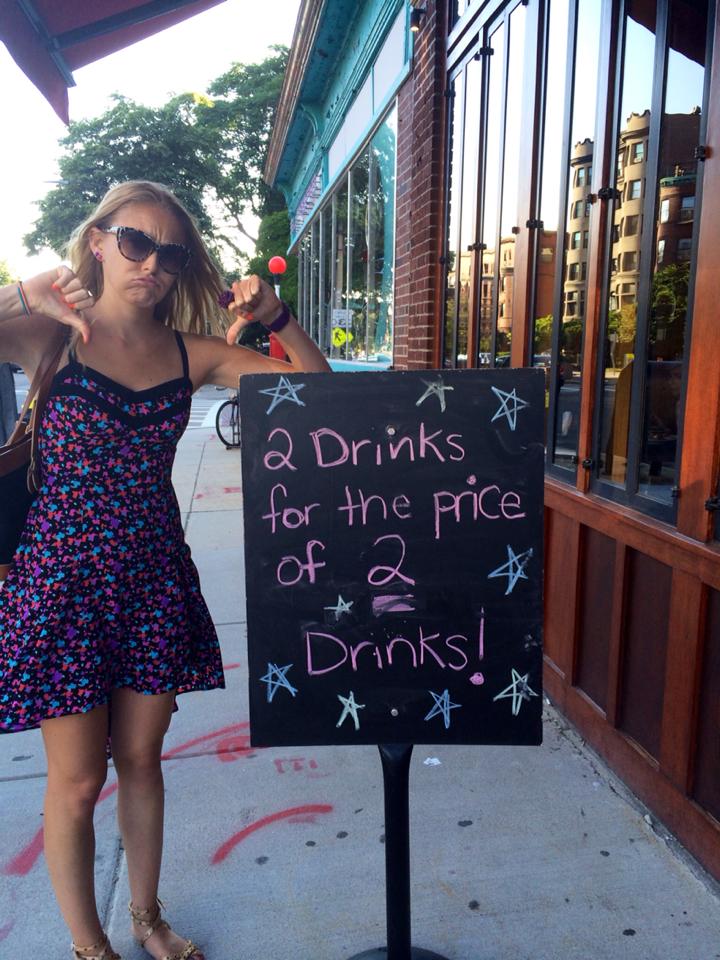 We had some fun with the signs outside of Audubon. 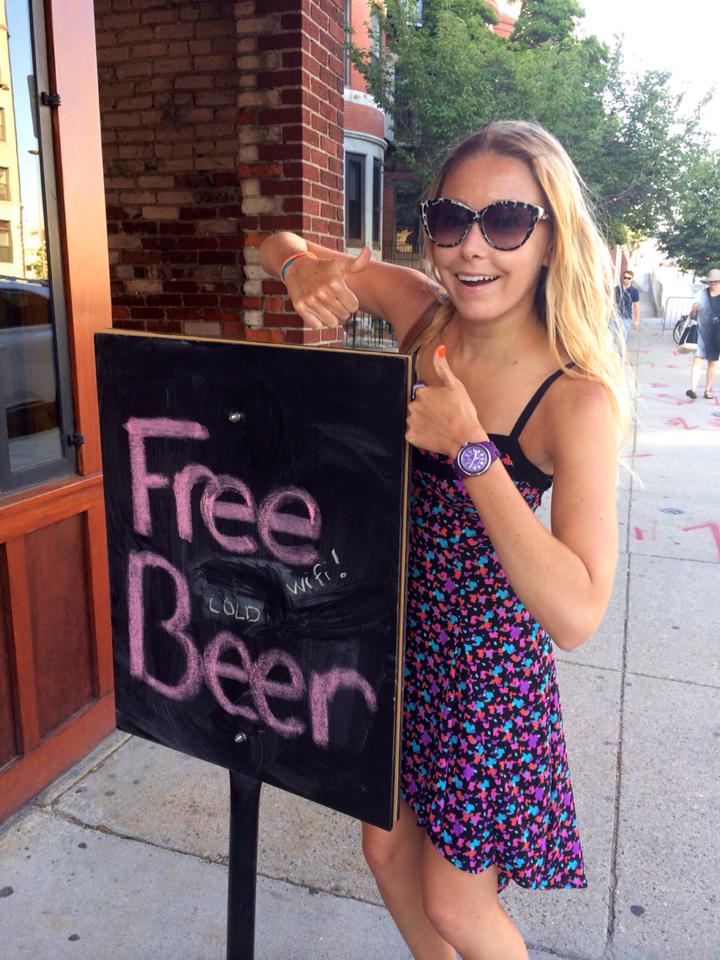 I missed the fact that this sign actually said Free Wifi, Cold Beer.

After our dinner we decided to grab a drink over at nearby Citizen because it was another spot I’d always wanted to show Jen, and it was only 7-something! We received excellent service from Sean, the same bartender who made me a Brugal Rum cocktail during my last visit. This time I went for a very bitter bourbon cocktail though, while Jen paid homage to her people (the Brits!) with a Pimm’s cocktail. 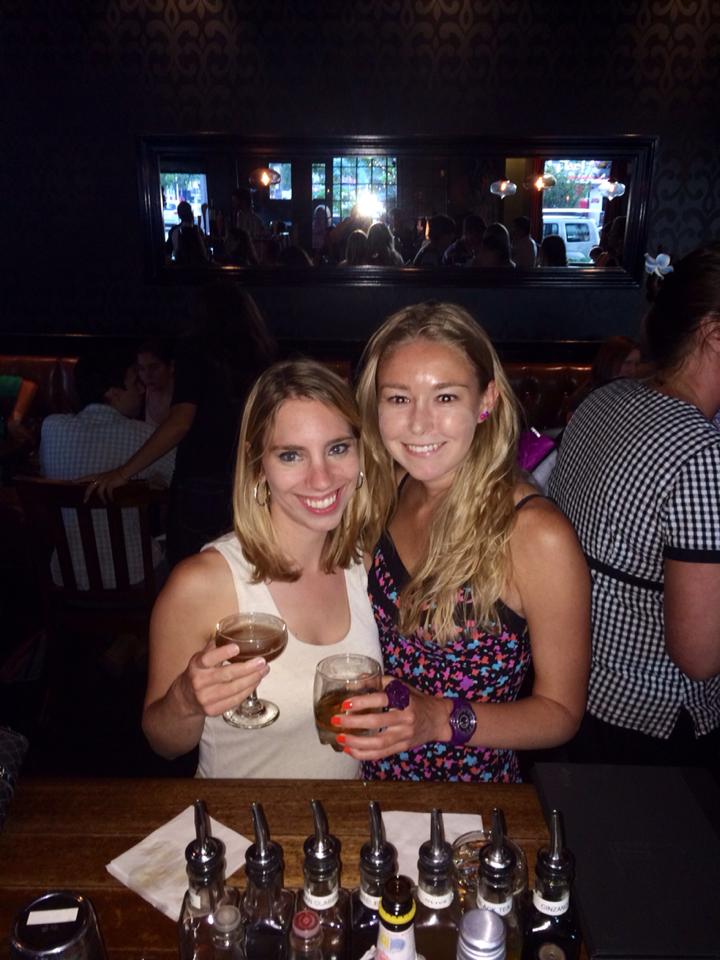 Hmm Caitlin what are you looking at over there?

Marvelous are…my friends back home in CT. I saw while in Citizen that I’d been tagged in an Instagram photo by Kat, which didn’t make much sense since I wasn’t with her. I investigated and found that after I told her I wished I could be there that night at the Talcott Mountain Music Festival (which we enjoyed together last year), she’d printed out a photo of me and brought it along so I could be there in spirit. And my two other friends Emily and Carolyn each brought a bottle of 90+ Cellars wine, by total coincidence. This picture seriously made me tear up in the middle of the bar, but let’s be honest, there are far worse reasons to be seen crying in a bar! Thank you guys for making me feel loved! 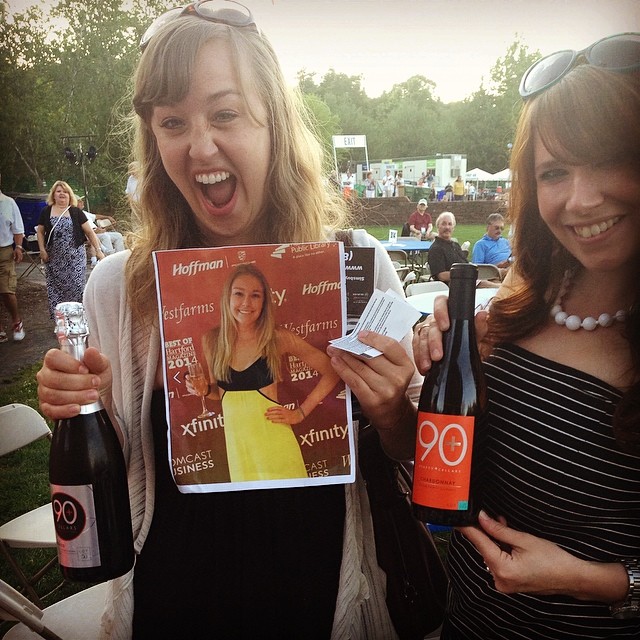 Marvelous is…Friday’s rest day. I was out late with coworkers on Thursday night and knew before I even went to sleep that I’d NOT be working out the next morning. Usually I try to force myself to at least do abs or upper body lifting, but I just didn’t have it in me. I felt really gross all day, not just because I was a bit hungover, but because I felt really guilty about the drinks/snacks I’d consumed the night before and the fact that I still planned to allow myself to go out to eat that evening. But I walked to dinner with Jen, which made me feel better, and I felt a LOT better about the day off after I finished the 8 miles on Saturday. That run was really challenging and I know it would have been even more challenging if I hadn’t taken the day before off from all exercise.

Marvelous is…attending Kelly’s son’s 3rd birthday party on Saturday afternoon. It’d been WAY too long since I saw her and I was also happy to see her husband Nick and her adorable son. Being there on B’s special day meant a lot to me and it was great to catch up with Kelly! I also took a red velvet cupcake home with me, which I enjoyed in bed at 2AM later that night. Holla.

Someone’s not cooperating with the picture-crazy lady…

Marvelous is…a Saturday night out with Molly. I hadn’t seen this girl in WAY too long and we made spontaneous plans to go out together in the Seaport. I’m so glad we did! I love hanging out with Molly and also hadn’t been out in that area since I moved to Boston, believe it or not. In fact, the last time I went out there was when I was visiting her back in November – before I even lived here. We hung out at a packed bar for awhile and then ended up relocating to a place we’d been before, Salvatore’s, with a more quiet bar where we could sit and chat. We ordered the same thing we had their last time – the antipasto. Bitches love carbs (and cheese).

Marvelous is…a good Sunday morning workout. My legs felt pretty good Sunday morning so I wanted to get in some cardio, but I also wanted to return to something I’ve really missed since I started half marathon training – lifting heavy upper body weights! Annie recently wrote a great post about the benefits of weight lifting for women, and it had been on my mind since she published it on Friday. So I decided to do half of a spin class, and spend the rest of my gym time doing abs and upper body lifting. I was pleasantly surprised by how much strength I’ve retained! I even did chest presses (on a stability ball) with 20lb dumbbells, which I’ve never been able to do. I think I owe some thanks to Corrie Gold and her Total Body Conditioning class, which I’ve committed to weekly – and it ALWAYS includes plenty of push-ups. I left the gym feeling strong and proud that I’d made time to continue strength training, which I know is so important, despite what my default-to-cardio-queen brain tries to tell me at times.

Marvelous is…a quiet Sunday afternoon of cafe time. It feels like eons since I just went to a cafe to hang out and blog! But that’s exactly what I did yesterday, at Refuge Cafe. I so wanted to blog outside somewhere, but my laptop’s battery is currently kaput so I had no choice but to go to where the outlets are. I enjoyed refreshing iced coffee, a table shared with kind strangers, and a boss lunch of banana, PB, and plain Chobani. So chill, so needed.

Marvelous is…working a really fun event. I poured wine at the Riverside BBQ Series at Brighton’s Harry Parker Boathouse, and had a blast! This event is a summer series and one BBQ takes place in June, July, and August. Tickets buy you unlimited wine, beer, and food as well as live entertainment. I can’t recommend this event enough and I’ll be working the next (and last!) one on 8/17 so anyone in the area should definitely consider coming. I’ll be doing a 90+ Cellars blog post about the event so I’ll keep it brief for now!

How was your weekend – what was marvelous about it?

Did anyone else do any long training runs this weekend?