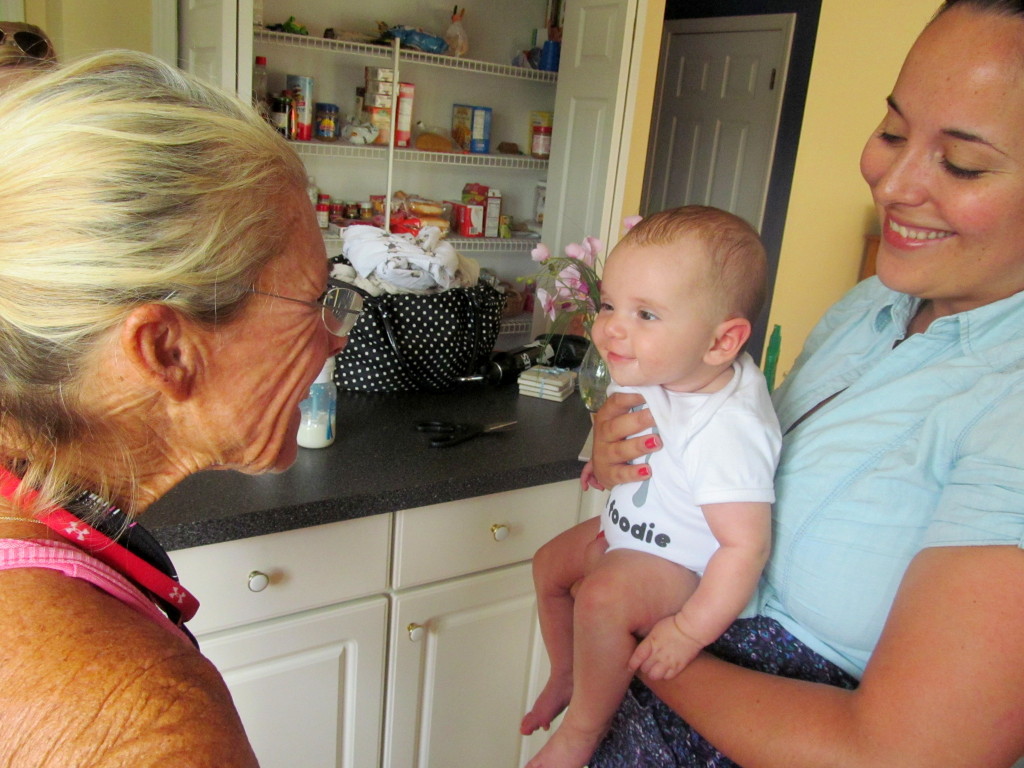 END_OF_DOCUMENT_TOKEN_TO_BE_REPLACED

I’m back from the 2012 Healthy Living Summit in Boston! And so concludes my four weekends in a row away from home (though I’m going back to Boston this weekend on a day trip…I can’t seem to sit still). I will be posting about HLS itself soon, but firstly I wanted to recap my favorite part of the weekend: a tasting dinner I was invited to by my favorite Greek yogurt producer, Chobani! It was heartwarming to hear all my blends at HLS saying how excited they were to see me attend the dinner, and read about it afterwards, because they knew and event like this was just so ME. We may have just met in person, but my blends know Cait Plus Ate!

The dinner was held at EVOO, a classy and creative American restaurant in the same Cambridge neighborhood as our hotel. My invite promised a custom dinner complete with Chobani incorporated somehow into each course, made by their Chef Peter McCarthy.

Other bloggers, members of the Chobani community team, and I dined in a private room set up with two tables like the one above. I was pretty hungry upon my arrival, but luckily some of my favorite apps were already out for noshing.

I ordered a glass of red wine to pair with my cheeses of COURSE, and one of my seatmates, the beautiful Brittany (I’ll forgive her for being a Gator), got a glass of a tasty Muscat (you can read her recap of the event here...her pics put mine to shame!)

I adore her new short haircut! She’s from the same town my grandma lives in and I travel there each December, so we’re hanging out this year for sure. My first app plate, and I noshed on more cheese and bread between courses! Red wine brings out my cheese cravings!

I was seated at a table with some pretty awesome ladies, including Rachel Wilkerson, who I  have always wanted to meet! I love her snappy style of writing and she is the definition of #sorrynotsorry to me (it’s even on her header). I was also happy to have more time to talk to Lauren, whose blog I’ve been reading for a couple years now, since I’d only briefly met her the day before. Lauren and I – I have the pencil skirt version of her H&M dress! Theodora made frequent visits to our table, and Ashley was kind enough to share her seat!

My other seatmate, Meghann, was kind enough to let me try a sip of her Jalepeno Margarita. Mmm! I hope she doesn’t hate me after using this photo! I had been a bit worried that Chobani with every course would be TOO much Greek yogurt for one meal, but the printed menus placed at each setting were immediately reassuring to me. I could see that the only thing I might get too much of during this meal would be delicious, local cuisine!

We were welcomed to the dinner by members of the Chobani community team, and were shown the cute “icebreaker cards” placed on the tables – not that we chatty bloggers needed them! I still enjoyed checking out the questions Chobani had come up with. If you could be any flavor of Chobani, what would it be?

Meghann ponders the answer to this pressing question…

I had to restrain myself from filling up on bread and cheese, but it was worth it once I saw the first course – heirloom tomatoes, yogurt gelee, spearmint, basil, EVOO, and coarse salt.

The yogurt gelee was so beyond interesting! It reminded me of the Greek yogurt version of Jello – a really fun texture. The olive oil was so perfect with the tomatoes and basil. OMG, that basil! So freaking delicious – fresh from Eva’s Garden in South Dartmouth, MA. And the tomatoes were grown in CT – represent! I appreciate the effort put into listing out the source of each ingredient on the menu. Also enjoyed having some veg power incorporated into the meal!

What a beautiful dish! The second course certainly boasted the best presentation of any of the others. Pictured above is the lobster-vanilla yogurt succotash. May sound strange, but the subtle touch of vanilla was simply perfect and tasted so very natural. Nothing like an artificially flavored vanilla dessert, but REAL vanilla from the bean. It paired perfectly with the sweet local corn from Kimball Farm in Westford, MA. They also provided the zuchinni, which was so fun to eat thanks to the fact that it was spiralized! I was inspired to have a little more fun with my lobster friend. At least any lipstick I left on him wouldn’t show up (if I wore lipstick).

Oh yeah…the lobster! How have I not commented on it yet? Well the meat was fresh and plump. Captain Marden certainly knows how to catch a good sea crustacean.

Before this dinner, I told anyone who would listen that what I was REALLY hoping for was an entree that would incorporate some kind of Greek-style cucumber yogurt sauce, perhaps over some salmon. What I received was even better – the third course consisted of seared yogurt and spice sous vide lamb loin with crisp eggplant and raita.

By then I’d ordered a second glass of wine, a boozy (in a tasty way) 2009 Zinfandel by Edmeades in Mendocino County, CA.

Most assuredly my favorite course of the event. Though the lamb was not as medium rare as the wonderful version I had recently at Millwright’s, the middle was still a nice pinkish-red hue. The sauce was so very amazing and everything I’d hoped for, but I’m pretty sure I most enjoyed the fried eggplant, coated in a grease-less breading that didn’t overpower the veggie’s taste.

While waiting on dessert, we learned more from Chobani about the company’s appreciation for the networks of bloggers (pat on the back) that they’ve built since starting just five years ago. Can you believe that in that short period of time, they ended up getting as far as sponsorship of the OLYMPICS?! In fact, Chobani only started incorporating traditional marketing methods (commercials, magazine ads) into their advertising plan a year ago. It’s not often that you come across a business that utilizes new media marketing to that great of an extent for that long. At this point I was pretty full (I wasn’t even able to finish the second or third courses…too much cheese! :-P) but I of course found room to polish off about half of the dessert, a nectarine-basil crisp with frozen berry yogurt (the chef used Chobani Strawberry). The crispy topping was sooo warm; I love trying desserts with contrasting temperature components because they only make the experience of eating them that much more of a tastebud party (cheeseball). The frozen yogurt melted into the crisp and the warm nectarines beneath it until I didn’t know which ingredient began where, but that didn’t really matter. What mattered was that I stopped when I was just the right amount of satisfied, proved to myself that I can still attend these kinds of events and stay in control, and ENJOYED myself. So fantastic to meet and hang out with Heather. She is so fun and I could listen to her NOLA accent all the live long day.

I’m so glad Chef Peter McCarthy had a chance to come into the dining room so we all could thank him for a job well done and compliment his cooking skills! He said the restaurant already uses yogurt in some of its dishes, so it wasn’t too much of a stretch to include it in each course, but that some concepts had still been new to him. I couldn’t tell at all!

We mixed and mingled for a bit longer, then caught cabs back to the hotel. After all, it was 10PM, AKA my bed time.

Thank you to Chobani for getting us together for this event, and thanks to Chef McCarthy and the rest of the EVOO staff for a fantastic meal!

What’s your fave way to eat Greek yogurt (if you do)?

Which dish would you have most liked to try?

Have you ever used Greek yogurt in a unique way? Tell me about it!