OK so this is not the last “Boston-based” Trade Em Up Tuesday EVER, but these posts always end up being weekend recaps and I won’t be spending a weekend here again until mid-June. So get ready to hear a lot about Connecticut, Tennessee, Nantucket, Newport, and Mexico. Yup, I’ll be hitting up all those spots between now and mid-June. Now you can see why I’m looking at this as a last Boston-focused weekend recap.

I would not trade…a weekend of fairly solid workouts. Any morning that I can wake up and find the willpower to do 30 minutes on the Stair Master before work, especially if it’s a Friday, is a morning I feel proud of. You already know about my SoulCycle class on Saturday, and Sunday I managed to get in more stairs and weights at the gym. I didn’t feel too hot during Sunday’s gym trip (going to brunch beforehand probably had something to do with it) but I got it done, and patted myself on the back for that.

I would not trade…finally getting to Liquid Art House. Before Friday night’s Boston Wine Riot I met up there with my friend Jay (he was also going to be working the event) of Gerard Bertrand, for snacks and a drink somewhere near the venue. I suggested Liquid Art House because I’ve heard great things about the food, drinks, and ambiance. I selected The Ponte – rye cognac, vermouth, benedictine, and bitters. It was fantastic and just what I was craving before having to go into that crazy event.

For my snack I ordered sunchokes, and Jay was kind enough to share with me some of his burger and fries. The Liquid Art House burger is talked about on Twitter and I can now see why – it was cooked to perfection and came with a heavenly garlic bernaise sauce. The sunchokes were stellar and reminded me of potatoes. Yum – I’d absolutely repeat-order them. That’s saying something. 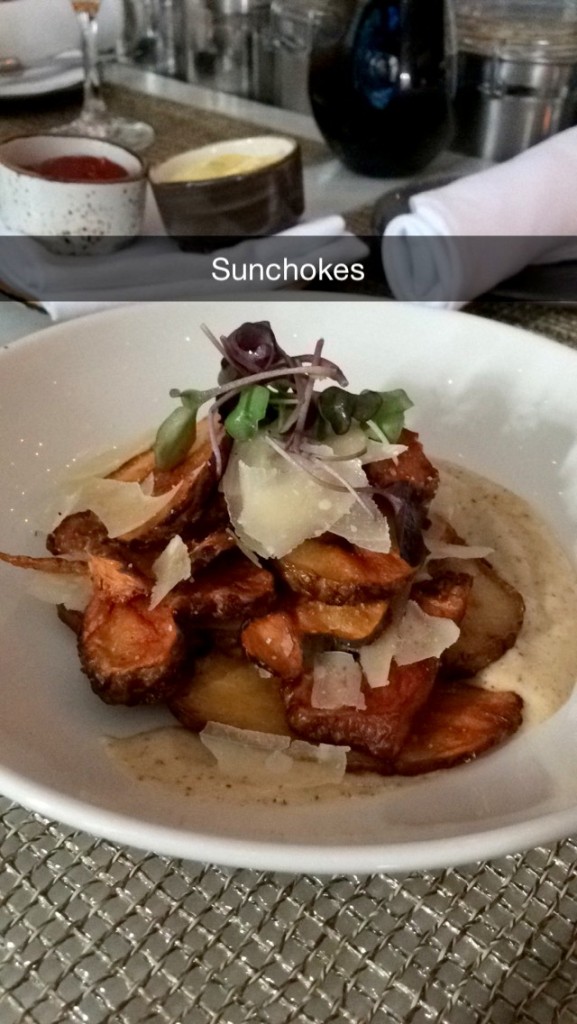 We actually ended up returning to LAH after the Riot was over because we all only had energy for one “yay-we’re-done” drink, and it was just so close and convenient. That time around I tried a red wine that seriously knocked my socks off – 2008 Vina Alberdi Reserva, Rioja-Tempranillo. Legit one of the best reds I have tasted in a LONG time. I ordered a half glass and liked it so much that I had to order another normal-sized glass!

I would not trade…Wine Riot. I was working (at the 90+ Cellars table) but this event is always fun and we had enough people staffed so that folks could take breaks and walk around to try wines, eat food, and rock photo booths.

Emily came too and even lent her time to our booth to help us out.

This year along with their fun temporary tattoos, Wine Riot offered FLASH TAT versions! Ever since my cruise and birthday I am obsessed with them, and had to get a few. 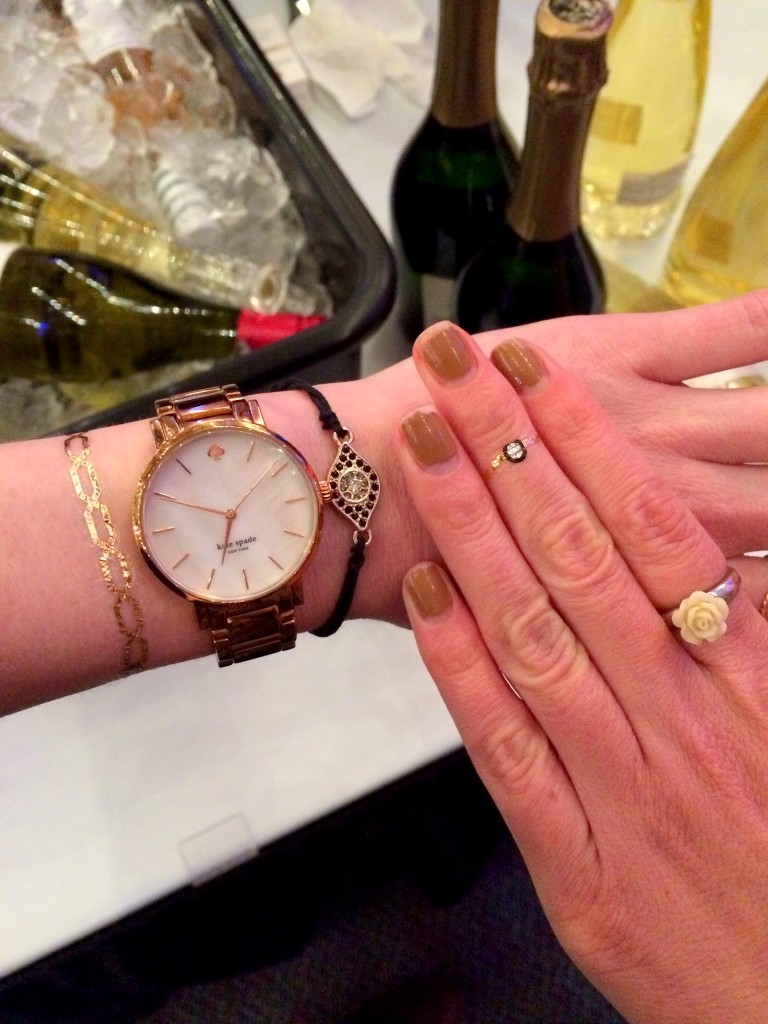 Between Wine Riot food (Roxy’s Grilled Cheese and Bon Me) and the Liquid Art House munching, my Friday night consisted of lots of grazing, which I’ll admit caused me anxiety because I didn’t know exactly how much I actually ate. But I never got too full so I’ll go with the whole listen to your body thing. 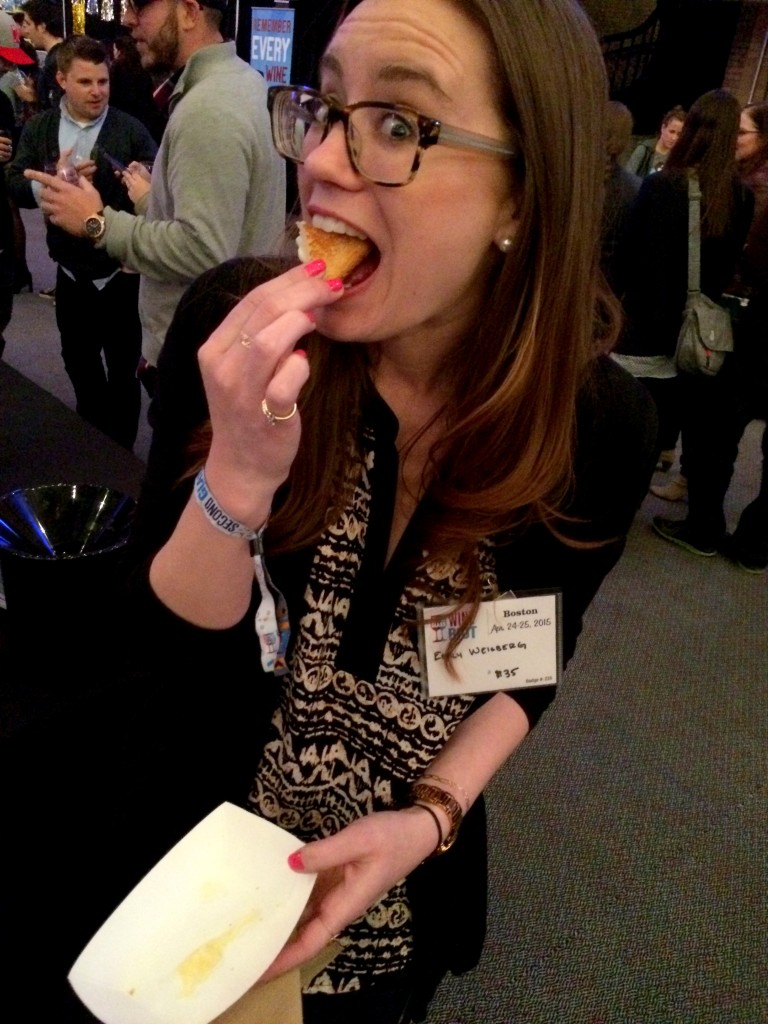 Don’t be fooled – I too enjoyed some of Emily’s Roxy’s Grilled Cheese.

I would trade…doubting my lessening anxiety. Or maybe not lessening anxiety but…an improvement in the ability to push away negative thoughts. I still get the same nervous feeling and mean voices in my head about not “making up” for all calories consumed by overexercising, eating a lot less “clean” than I ever have since I first started my “healthy living” journey (sorry for all the “quotes” but I feel they are necessary), and going out with friends to experience all Boston and life has to offer.

Shared this fantastic and incredible Townsman charcuterie plate with Emily on Saturday night, even though I wasn’t really that hungry because I ate lunch late.

But it’s a lot easier now to push those thoughts away, just say “whatever happens will happen”, and keep doing what I want to do. And I know that sounds like progress but I cannot stop doubting myself. When does progress become too much? When does saying “Screw it, I’ll have another biscuit” start counting against me, not for me? 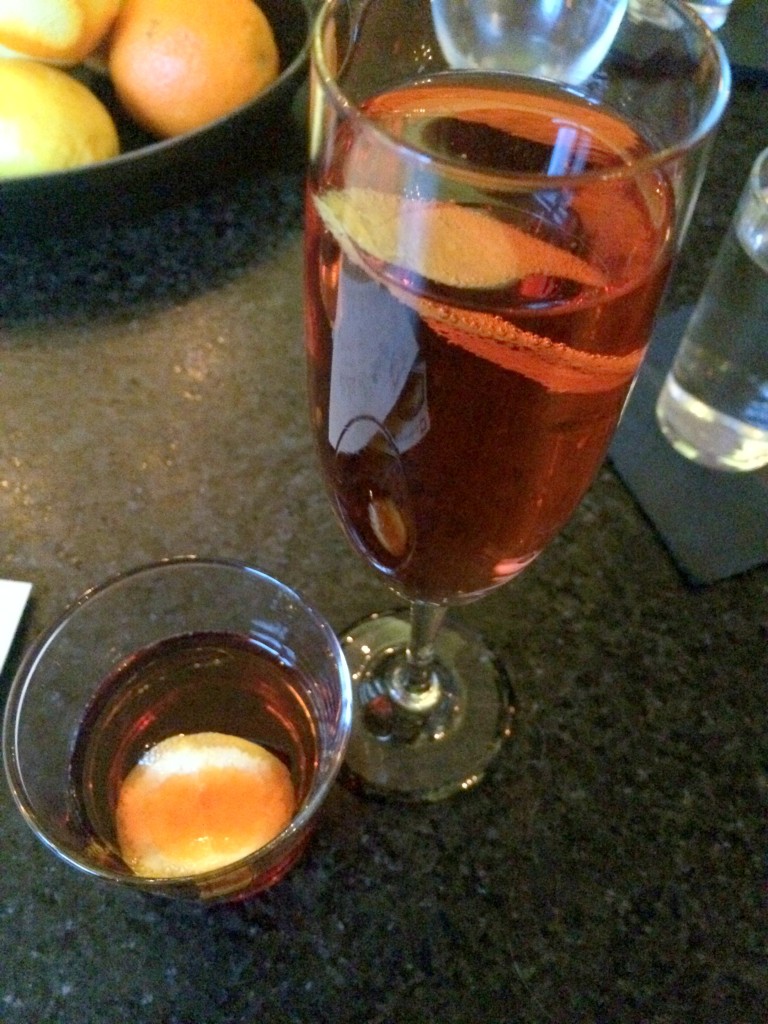 When does “It’s OK, have another glass of champagne” become too much, instead of recovery? When does “I’ll eat chips in bed when I get home so that I don’t feel hungover tomorrow” become just an excuse to eat chips, not a sensible thought? I hate not knowing what is “wrong and right”.

I feel like the natural inclination should be to just see how my body reacts to my very evolved lifestyle, but then again, I don’t know how my body is supposed to look as a healthy body, versus a body that’s unhealthy due to restriction, versus a body that’s unhealthy due to an excessive lifestyle. There’s that spectrum and I was on the left side, and crossed to the middle, and I don’t know where my right side of “excess” starts and my healthy middle (no pun intended) begins. I feel like the only way to find out is trial and error, but that involves maybe crossing over to that right side of the spectrum, and that scares me.

Phew, that could have been its own post. Maybe I’ll expand more upon that at a later time. ANYWAY.

I would not trade…seeing an old friend! Mike used to be my boss at the UConn Student Union food court and we have stayed in touch since we both graduated and moved on in our very different careers (he’s a lawyer). He came to Boston to see family and I’m glad he did so during the last weekend I’m here! He and his cousins came to Highball and we had a fun time catching up and I enjoyed getting to know his cousins, who are from the same area where I worked in CT. 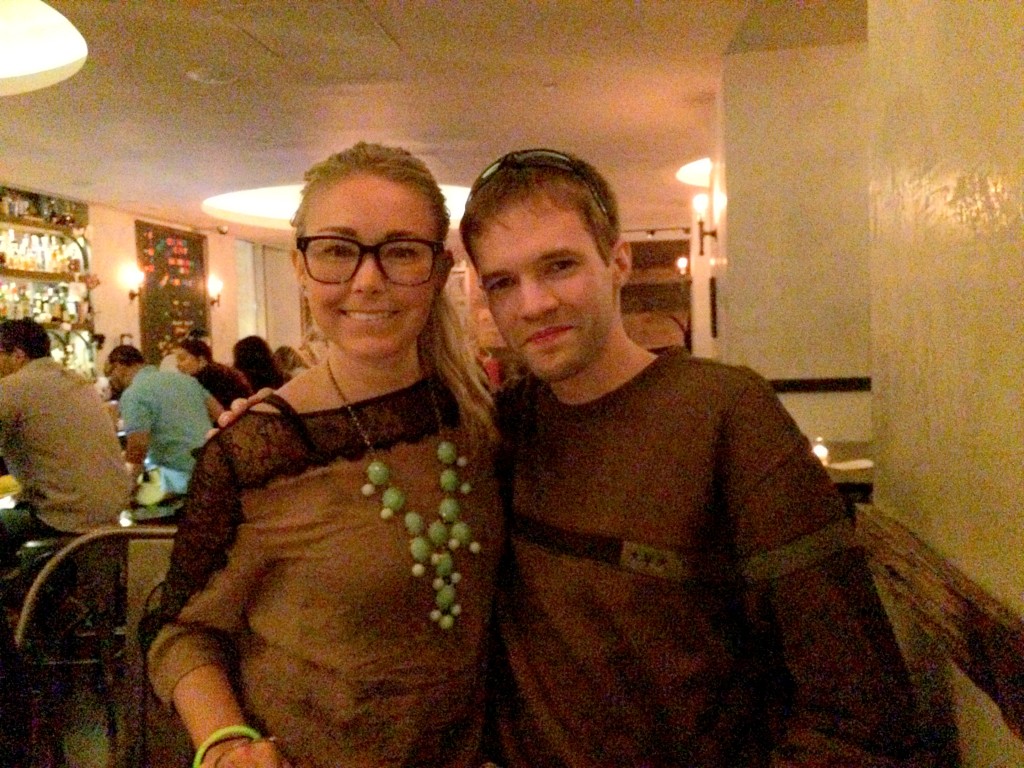 I would not trade…participating in my second NEDA Walk! Emily and I met up there with my other teammate Becki and her boyfriend, Joe (I thought it was awesome that he came out too) at the walk location, a school in Newton. We listened to the opening ceremony and then walked around the school track four times to total one mile, while listening to what I must say was a very fun soundtrack.

Unsurprisingly the Boston walk was much larger than the Hartford walk, but both still astounded me because of the number of brave people who came out to support a cause that so many don’t like to address. I saw teams in tutus, teams of all ages and both genders, and teams with shirts dedicated to the memory of loved ones who had died from eating disorders. That really struck me – when I think of eating disorders I think of the suffering that happens while someone is living. Even I sometimes need reminders that the disease can kill – from NEDA: “Between 5-20% of individuals struggling with anorexia nervosa will die.  The probabilities of death increases within that range depending on the length of the condition.”

Typing that paragraph made me really happy to be where I am now, even if it’s toward that right side of the spectrum that I mentioned earlier. It sure beats the left side.

I’m going to end there because it’s getting late and I need to finish up the latest episode of Mad Men! Only one trade today, so that’s a good thing, but it’s a trade I’ve been wrestling with for awhile. Hopefully I’ll come to some sort of conclusion or peace of mind soon.

How do you determine what is “too much” and what is OK?

Did you do anything fun this weekend?