I’ve been MIA because I just haven’t felt like blogging much while on vacation in Florida…but I head back to CT today. While I have some things to say/share about my trip, I’m about to head to the airport and don’t have time to write a post today. So here’s a post I wrote on the plane ride down here…

I’ve been meaning to write a post about my scale journey for awhile now, and recently Sarah did one discussing her current relationship with the scale. I wrote a novel comment in response (check out the rest of them…great discussions on this post!) That really made me realize I need to get on writing my post. So here I am, ready to share with you all my relationship with the scale from start to finish…and also what I think it would be like if the scale and I were friends (or frenemies) today.

My first scale wasn’t even mine…it was my junior year roomie’s. But that also happened to be the year I decided to change the way I ate and “tone up”, so it was convenient for me to have a roomie who was also into the same goals. I had a number in my head that I wanted to hit, and quickly it became easy for me to use the number the scale showed me to discount any hard work I’d done at the gym or any healthy meals I’d eaten that day. I could feel excellent about my healthy habits, step on the scale and see a “bad number”, and suddenly all I was thinking about was what I could have done differently to make the number go down. 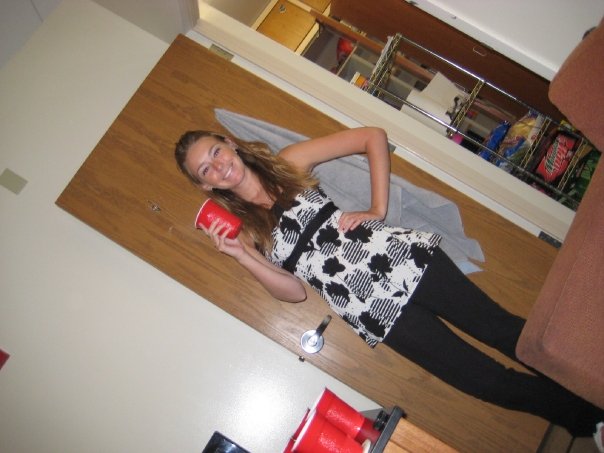 Start of my junior year, ready to tone up…did I really need to?

Eventually I got to the point where I was stepping on the scale more than five times a day. I’d use it to purposefully feel bad about myself; stepping on the morning after a night of drinking was my way of punishing myself for the night before. Even right after I’d eaten dinner, I’d step on just because I knew the number would look higher and I’d feel shame. I wanted to associate eating with shame, so that it’d become easier to resist the urge to eat. And not just eat unhealthy food…I mean resist eating in general. 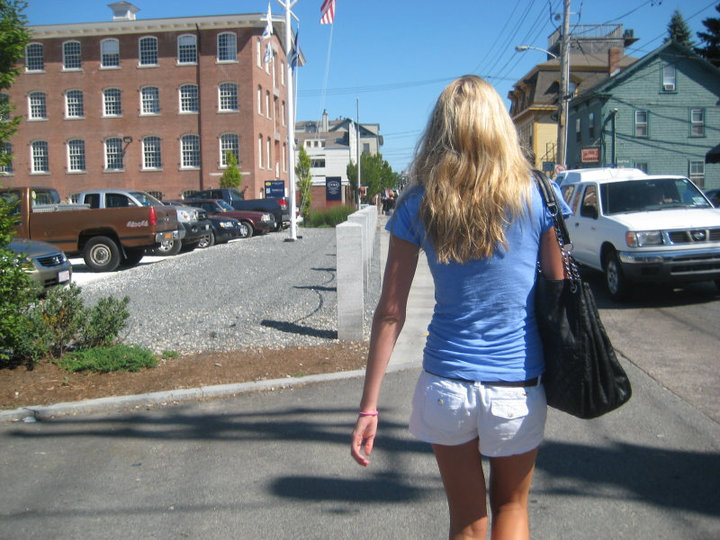 Eventually I came to a conclusion when my junior year ended that I still wasn’t that number I wanted to see on the scale, and I was eating very healthy, so therefore I must have been eating too much. When I went home for the summer my roomie took her scale home and I was left scale-less, which “worked out” for my disordered mind because it made it easy to ignore what I was doing to my body. My serious relationship ended and I turned to restriction and overexercising. My clothes kept getting looser but I had no numbers to show me just how much weight I was losing until I went to the gynecologist in August of that summer and discovered that I’d lost twenty pounds since May. I knew that was a problem, but at the same time I felt pleased. Until I started realizing that one little “slip-up” like a kid-size ice cream cone sent me into a fit of sobs. That’s when I decided to ask for help. 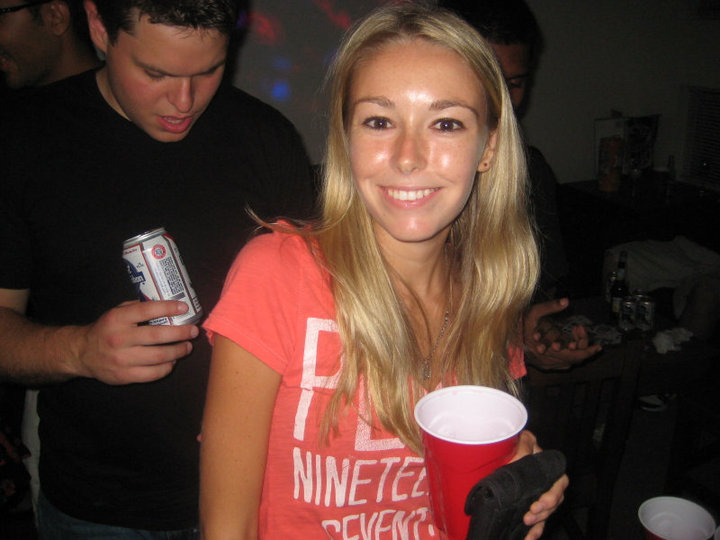 I went back to college my senior year in a very different mindset. A year earlier I aimed to “tone up”, and now I was in recovery. But I still went to the school store and bought a scale for my dorm room. Except I wanted it for the purpose of predicting how my recovery-based doctor appointments would go. I’d step on each day simultaneously hoping to be in the triple digits and hoping I wasn’t. I wasn’t allowed to see my weight during my weekly weigh-ins and never told my doctors I had a scale. I knew they’d disapprove. 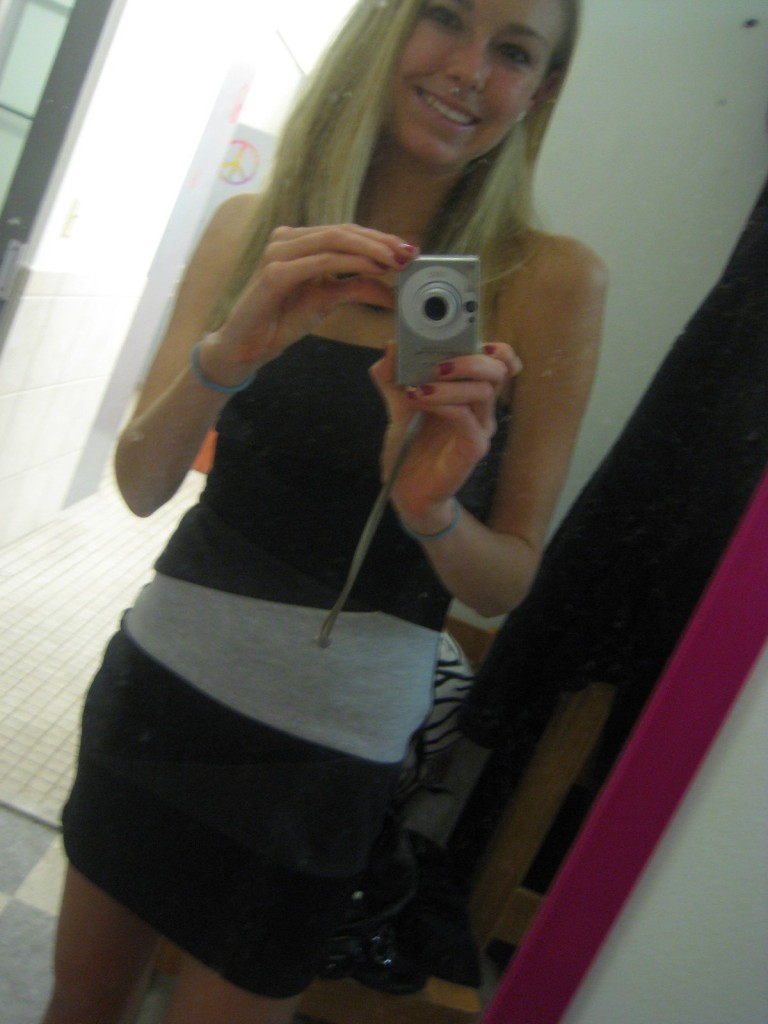 Into selfies even in college.

Looking back I know that the scale held me back in my recovery. As long as that part of me existed that wanted to weigh less and stay at a dangerously low weight, I shouldn’t have had possession of a scale. When I left college my senior year, still underweight, I left the scale in my dorm room and didn’t look back. When I moved back home I didn’t go buy a replacement. And I didn’t go upstairs to my parents’ bathroom to use theirs. I put myself in a situation where I had to “wing-it”. 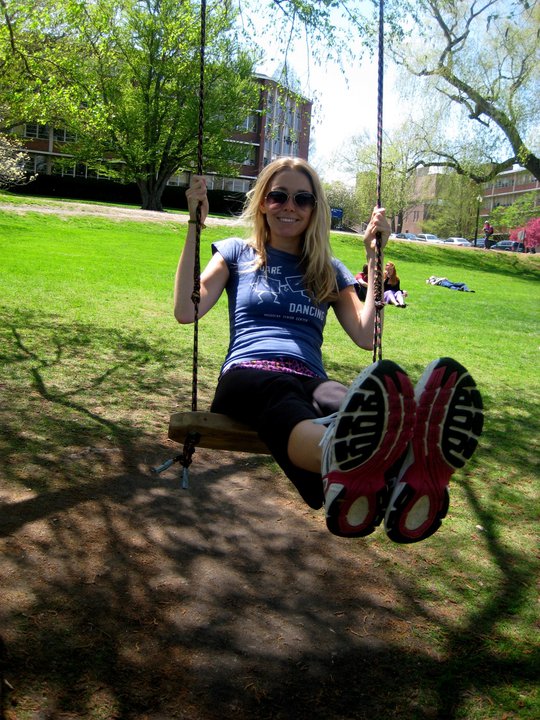 Ready to be free of the scale – one of my last days on campus.

This resulted in me sneaking peeks at the scale during my now-every-few-weeks weigh-ins. After a long weekend of restauranting in DC, I peeked at the scale during my weigh-in. I saw a number that I didn’t like, and it triggered an emotionally painful relapse. Ever since that day I have not tried to sneak a peek a the scale. I have not stepped on one. I do not want to because I know what the number would to do me. I haven’t known my weight in about two years now and I really don’t have any interest in knowing it ever again. I’m not in a place where I wouldn’t use it against myself. So I can’t know. Whenever I go to the doctor now, I step on the scale backwards and ask them not to tell me my weight. I encourage anyone who is triggered by the scale to do this. The doctor does not have to TELL you your weight – they just have to record it. 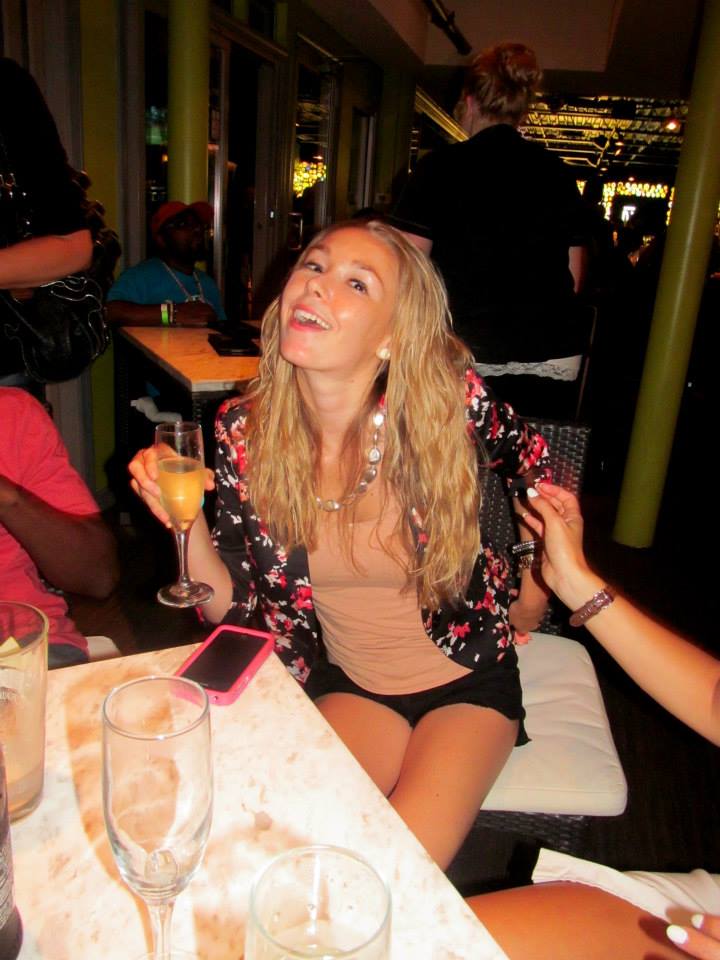 I definitely like living my life without using a number to punish myself for a glass of champagne.

Do I know I have gained weight since I started recovery? Yes, because my doctor’s visits are several months apart and my pants fit differently. Do I know how much weight I’ve gained? No I don’t. But do I want to know? No I do not, and I don’t plan to find out later when I’m “ready” either. I don’t know if I’ll ever be ready. I latch onto numbers; I’m very quick to do so. Why do I need to get used to using a scale? Who says that we have to use scales? I know that a scale can be useful and have positive impacts for some people. It can be encouraging and motivating. Seeing a lower number is a reward for hard work at losing weight – for those who need to lose weight for health.

But for me, I tend to discount my accomplishments and beat myself up for anything I do “wrong”. I don’t need another tool for my mind to use to do just that. So that’s why I won’t be trying to “make up” with the scale anytime soon.

Do you have a “scale story”?

Are you one of those who is positively impacted by using a scale?